Fans of Pakistan cricket have cast their vote for the most famous Test win in the country’s history, and the results are out: the 1999 win over India in Chennai, in which Sachin Tendulkar took the hosts to the doorstep of victory, ranks the highest.

To celebrate the launch of the inaugural ICC World Test Championship, which starts with the first Ashes Test from August 1, the Pakistan Cricket Board (PCB) decided to ask Pakistan cricket fans what their most cherished win was. An independent panel comprising renowned statisticians and journalists zeroed in one four Pakistan Test victories – the aforementioned results – and the clear winner was the 1999 Chennai victory over India.

In an online voting procedure on the PCB’s Facebook page and Twitter handle between July 26 to 29, the Chennai Test of 1998 polled 65 per cent of votes.

Coming in at second place was Pakistan’s Test win over India in Bangalore in 1987 (Sunil Gavaskar’s final Test match), followed by the 1954 Oval Test win over England under Abdul Kardar and the thrilling two-wicket 1994 Karachi victory against Australia. These three results garnered 15 per cent, 11 per cent and 10 per cent of the fans’ votes, respectively.

Commenting on the fans’ choice, Wasim Akram, who led Pakistan in the 1999 series, said: “If all those who watched it live can still get goosebumps, just imagine the emotions, reactions and feelings of those who were directly involved in that match. We talk a lot about pressure cricket and a match of fluctuating fortunes, well, if anyone wants to know what pressure is and how to handle and deliver in it, then Chennai Test is the benchmark.

“I was involved in three of the four Tests that were shortlisted and cannot agree more with the fans’ choice of the 1999 Chennai Test as Pakistan’s greatest Test to date. For me, three things from the Chennai Test will always remain fresh: Shahid Afridi’s sublime 141 in the second innings, Saqlain Mushtaq’s five-for in both the innings and Chennai crowd’s standing ovation. Let’s not forget this was our first Test in India since the 1987 Bangalore Test victory and we had arrived in Chennai unsure of the public response. So, our 12-run victory was also Chennai crowd’s victory and the fans’ decision is a testament to that.”

Pakistan’s first Test win in England came in August 1964, when Kardar’s team beat the hosts by 24 runs at The Oval.

In March 1987, Imran Khan’s Pakistan team beat Kapil Dev’s India by 16 runs in a thrilling Test match in Bangalore, to this day remembered as Gavaskar’s swan song because of the supremely skilled fourth-innings 96 he made on a turning track.

In September 1994, a Saleem Malik-led Pakistan team beat Mark Taylor’s touring Australia by two wickets in Karachi with Inzamam-ul-Haq steering the chase with 58 not out and Mushtaq Ahmed getting an unbeaten 20. 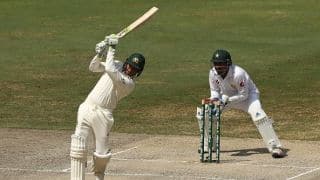 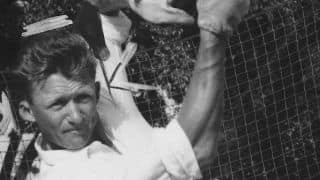