Pakistan's Minister of State for Information Marriyum Aurangzeb said the Prime Minister announced the awards as the national team had lifted the spirits of the nation.

Islamabad: The emphatic ICC Champions Trophy title win has turned the young Pakistan cricketers into millionaires almost overnight. Prime Minister Nawaz Sharif has announced a cash reward of Rs 10 million ($95,378) for every Champions Trophy winning team member and Pakistan Cricket Board (PCB) chairman Shaharyar Khan has offered Rs 1 million ($9,537) to each member of the squad. In addition, a bonus of Rs 29 million ($2,76,598) will be divided and distributed among all members of the squad according to their ceilings in central contracts.

The Sarfraz Ahmed-led side clinched their maiden Champions Trophy crown, defeating India by 180 runs at The Oval in London in Sunday’s final. Pakistan’s Minister of State for Information Marriyum Aurangzeb said the Prime Minister announced the awards as the national team had lifted the spirits of the nation. She added that the Pakistan team outclassed their opponents in all departments — batting, fielding and bowling.

“For showing an outstanding performance, the team deserves appreciation,” she was quoted as saying by the Dawn newspaper. She added that the reward would be helpful in uplifting sports in the country. PCB chairman Shaharyar Khan and Executive Committee chairman Najam Sethi have warmly congratulated the Pakistan team for winning the Champions Trophy.

Besides captain Sarfraz Ahmed and all members of the team, they appreciated coach Mickey Arthur and his staff. “Positive and supporting role of the management has also been critical in achieving success for the team. Special appreciation is also due to national chief selector Inzamam-ul-Haq and his fellow selectors,” they said in a PCB statement. 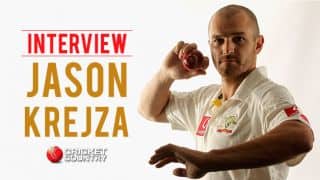 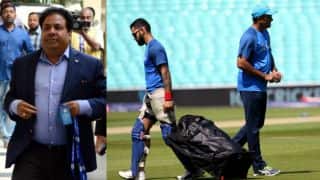