Afghanistan fail to plan their batting for the run-chase, fold up for 176.

Pakistan registered a 72-run victory over Afghanistan in the third match of the Asia Cup 2014 at Fatullah on Thursday. Chasing a target of 249, the Afghan batting collapsed after a cautious approach from in the middle. Pakistan spinners did the trick by annihilating the batsmen until the batting fell apart. By virtue of this big win, Pakistan have secured a bonus point and have raced to the top of the points table. But Pakistan will have to thank Umar Akmal for keeping their hopes alive as a top-order collapse left them at a precarious position.

Afghanistan would do well taking some lessons from some players who special in run-chases. There was hardly any calculated risk or effort to keep the scoreboard moving with the singles and twos.

The only hope for Afghanistan was in the presence opener Mohammad Shahzad. He started off the run-chase with a bang flicking the pitched up delivery by Umar Gul for a boundary. The quest for 249 continued on the right note, with fellow opener Noor Ali Zadran too not holding back to go after the wayward deliveries. At the same time, Zadran was accurate in his drives hitting them with perfect timing right through the gaps. They had raced up to 32 in five overs. There was a hint of concern on Misbah’s face but Gul struck at the right moment getting a feather edge of Shahzad’s bat. In hindsight it was a crucial breakthrough as the batsmen to follow hardly managed to keep control of the required rate. While Noor Ali kept going at a steady rate, Asghar Stanikzai failed to find his zone struggling to even get off the mark. It took him 11 balls to find the first run. His rusty run continued.

Misbah again held back Saeed Ajmal but introduced Shahid Afridi early. But it was Ajmal who gave the breakthrough as Noor Ali who did most of the scoring struggled against Ajmal and was eventually out leg-before for 44.

Since then it was just a task of spinning the web around the batsmen and the Afghan duo of Navroz Mangal and Stanikzai further assisted Afridi and Ajmal. The two spinners kept using their variations smartly. Due to their inexperience they failed to milk the quality spinners for singles and twos. Instead they tried to go hard at them and only ended up hitting towards the fielders.

The pressure kept on piling up and went beyond six and surged beyond seven by the time, Ajmal and Afridi were taken off. The duo completed a fifty run partnership but the poor strike rate was glaring. It was just a matter of time that one of them would blink. They took their chances against the pacers and eventually Stanikzai fell for Afridi for a 91-ball 40. He was the main culprit in pulling down the chase as the others were forced to chase at a quick pace. The batting fell apart eventually as Mangal was involved in a miscommunication with skipper Mohammad Nabi and was run-out for 37.

Soon the 249 runs were out of sight and Afghanistan fought hard to avoid conceding a bonus point. Even the other batsmen were hopping around against Saeed Ajmal.

It turned out to be a tame end to a match which started off with great promise. And the excitement further went up when the Afghan side had the opposition down to 117 for six. But the talented batsman who was criticised for failing to make good use of it came to their rescue. Umar Akmal after being dropped on 28 played some exquisite shots and took on the inexperience of the Afghan bowling to score his second ODI century. His innings put Pakistan in control as 248 was always going to be a challenging total. And eventually it turned out to be true as Afghanistan

Pakistan’s next match is a mouth-watering clash against India on March 2, while Afghanistan face Bangladesh on March 1.

Man of the Match: Umar Akmal 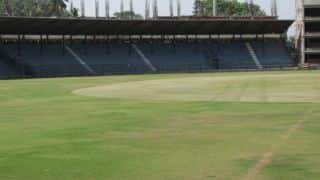 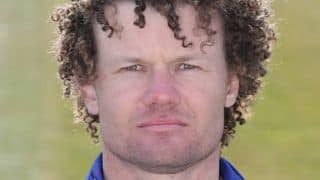