The Chairman of the Pakistan Cricket Board (PCB) Zaka Ashraf is hopeful that Pakistan can prepare a viable model to launch its own Twenty20 Premier League tournament soon. 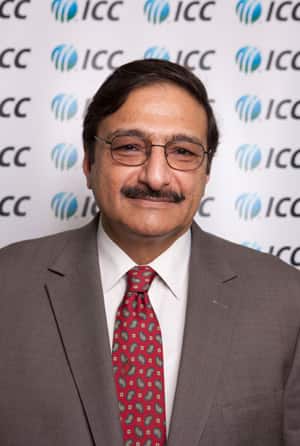 The Chairman of the Pakistan Cricket Board (PCB) Zaka Ashraf is hopeful that Pakistan can prepare a viable model to launch its own Twenty20 Premier League tournament soon.

Ashraf said a two-day meeting will take place from March 23 here, in which broadcasters and representatives of some sponsors had also been invited.

“The purpose of the meeting is to study the models on which the Indian Premier League, Bangladesh Premier League and even the Big Bash in Australia are held,” Ashraf said.

“We will study all these successful T20 league models in an attempt to devise our own model keeping in mind our limitations and situation in the country,” he added.

Ashraf said the purpose of the meeting was to decide on a window for the proposed PPL and also on the number of franchises and overseas players who can take part in the competition.

Well placed sources in the board have told PTI that Ashraf has also got the government’s approval for launching the PPL with the interior ministry assuring the board that they will take care of the security of visiting players.

The PCB has been trying to launch its own PPL since 2008 when Dr Nasim Ashraf was the Chairman of the board.

“During Nasim Ashraf’s time IMG and some other companies even gave presentations to the board on a module for PPL but the matter was not pushed any further and the militants attack on the Sri Lankan team in March 2009 derailed the project,” a source said.

The source said that the PCB was now getting frustrated at the lack of support it was getting from the ICC and its member boards over sending teams to Pakistan because of security concerns.

“The PCB now feels that even if Bangladesh don’t agree to tour Pakistan next month the best way forward to revive international cricket in Pakistan is to lure overseas players by offering them lucrative packages to play in the PPL,” the source said.

The PCB Chairman is due to travel to Dhaka on Friday to watch the India vs Pakistan match on Sunday and also to meet with Bangladesh Cricket Board officials to convince them to send their team to Pakistan.

Ashraf, however made it clear that the PCB can’t force anyone to play in Pakistan and that the decision to whether go ahead with their proposed tour to Pakistan was entirely up to the Bangladesh board.

“We have given them assurances that the same security will be provided to their team which was given to their delegation. Now it is up to them to decide the fate of the series.”