Pakistan have been troubled by left-arm spinner and Australia look to exploit the weakness further.

Australia made some surprise inclusions in the squad for the UAE tour against Pakistan. One of them was the selection of left-arm orthodox spinner Stephen O’Keefe for Tests. Chief selector Rod Marsh has explained that Pakistan’s susceptibility against left-arm spinners was exposed by Sri Lanka’s Rangana Herath which influenced O’Keefe’s selection.

The veteran Lankan spinner had bagged a record 23 wickets in the two-Test series to flatten Pakistan. In the second Test at SSC, Colombo Herath bagged nine wickets in an innings.

Former Australian player Dean Jones who commentated during the Pakistan tour of Sri Lanka also backed O’Keefe’s selection. “Obviously, (Pakistan) have got problems against spin. Do (Australia) go in with two spinners and two quicks, or three quicks? I think they have to (go with two spinners),” Jones said.

Australia have their regular off-spinner Nathan Lyon and O’Keefe’s inclusion adds more variety to spin on tracks which could assist them. They also have a part-time option in leggie Steve Smith.

O’Keefe is himself aware about the havoc created by Herath and is keen to follow his footsteps. “He’s certainly someone I copy or (base) my game on. He’s a short spinner who bowls very similarly (to me). He attacks the stumps, mixes his pace up really well and he probably is the leading left-arm spinner in the world. He’s not a big spinner of the ball, but he can show at that level that he can take wickets. For me, that’s inspiring and he’s someone I hope to emulate and put my own twist on things,” said O’Keefe. 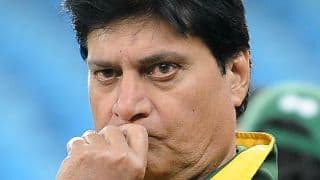 Mohsin Khan refuses to accept any role in PCB