Fakhar Zaman and Usman Salahuddin are strong contenders who will vie for Imam s place.

Pakistan opener Imam-ul-Haq has been ruled out of the second Test against Australia at Abu Dhabi beginning on October 16. Imam, who scored 124 runs (76 and 48) in the first match at Dubai, fractured his left hand s fifth finger while fielding on Day Five on Thursday and left the field subsequently.

According to a report in Cricbuzz on Thursady, the time required for the fracture to heal is unknown, but it can be ascertained that Imam won t play any part in the Abu Dhabi Test.

Pakistan already have replacement for the 22-year-old opener Imam, who made his Test debut against Ireland in May this year. Uncapped opener Fakhar Zaman and middle-order batsman Usman Salahuddin are strong contenders who will vie for Imam s place.

After the two-match Test series, both teams will be involved a three-match Twenty20 International series which begins on October 24 at the Sheikh Zayed Stadium in Abu Dhabi. 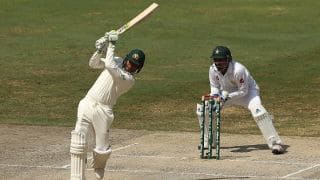 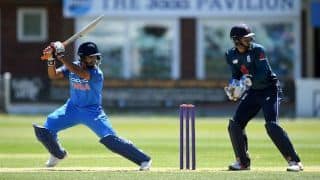