Jennings from 6 Tests has scored 264 runs at 24.50, including a hundred and fifty to his name.

England have recalled Keaton Jennings in place of struggling opener Mark Stoneman for the second Test against Pakistan  at Headingley starting on Friday. That was the only change to a 12-man squad announced by England on Monday after Pakistan went 1-0 up in this two-match series with an emphatic nine-wicket win completed inside four days at Lord’s.

Stoneman, who has been short of runs for Surrey so far this season, managed just 13 in total across two innings during the first Test. England squad to play Pakistan in the second Test at Headingley on June 1-5. Jennings from 6 Tests has scored 264 runs at 24.50. He also has a hundred and fifty to his name. 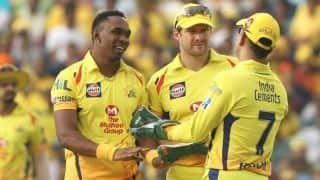