Outplayed and vanquished in every department, Ireland will have to punch well above their weight in the final match to level the series against Pakistan.

The first four was scythed, the second lifted over the bowler’s head and the third pulled to deep square-leg. That’s how Sharjeel Khan kicked off his mind-boggling innings. An 86-ball 152 seems colossal in numbers, but it was built with ease and comfort. In fact, every shot he played looked predetermined, leaving everyone dumbfounded. The chants of “Pakistan Zindabad!” echoed the Ireland’s Dublin (Mahalide) stadium every time the ball raced away to the boundary. In the process, he broke many a record, also giving Pakistan its biggest victory in 50-over format, in terms of runs. The second contest, if played with same vigour, promises to deliver similar fireworks (definitely, in Pakistan’s favour). FULL CRICKET SCORECARD: Pakistan vs Ireland, 2nd ODI at Dublin

Nothing went right for Ireland. Their bowlers were reduced to a rubble and their batsmen to nothingness. Outplayed and vanquished in every department, the Irish will have to punch well above their weight in the final match to level the series.

Except right-arm pacer Tim Murtagh, none of the bowlers’ economy read below 6 RPO. However, Barry McCarthy at least managed to take a four-for. Otherwise, the bowling unit appeared lacklustre. Not to blame Ireland, as we witnessed some rampaging batsmanship from the Pakistan team after a long time. In addition, rarely do they get to combat against such quality side.

Their batsmen emulated exactly what their bowlers did, with the highest individual score of 21. To remind you, the top order features Paul Stirling, Ed Joyce, William Porterfield, Niall O’Brien and Kevin O’Brien. It is the same line-up that has been in the forefront of record-breaking chases in ICC World Cups. Also read: Ireland cricket can grow many folds playing overseas

Together they could add only 36 runs in a 338-run chase, eventually bundling out for a paltry 82. Nevertheless, what made matters worse for them is, they lost the last four wickets for 1 run.

There’s very little the home team can do. Either perform out of their skins, or expect to win the toss and bat first. The track didn’t have enough pace in it, with the batsmen easily moving in their crease and piling on runs. Nonetheless, it looked otherwise when Pakistan bowled. In short, bat first, put as a many runs as possible, make the visitors feel the pressure of chasing.

Pakistan, who are placed at No. 9 ICC ODI rankings, will look to seal series 2-0 and move up the table. And, they have the bowling force to achieve so. With the pace trio of Mohammad Aamer, Umar Gul and Hasan Ali, Pakistan indeed looks invincible against the clueless Ireland. 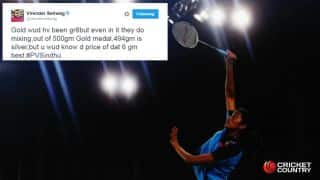 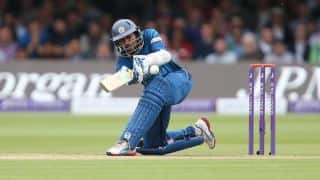