What strengthens the possibility of Somerville playing over Ajaz Patel is the presence of two left-hand batsmen in Pakistan s top six.

The former New South Wales offspinner Will Somerville, aged 34, is in the fray for an unlikely Test debut for New Zealand against as they meet Pakistan in the first Test from November 16 in Abu Dhabi, but faces stiff challenge from another late-bloomer in 30-year-old left-armer Ajaz Patel.

New Zealand head coach Gary Stead on Wednesday spoke of the team fielding two spinners, two fast bowlers and seam-bowling allrounder Colin de Grandhomme in Abu Dhabi, where spin is expected to play a big role. In doing so, he said that Patel who made his T20I debut against Pakistan at the same ground, as the first choice to partner legspinner Sodhi.

“If you look at the results of spinners over here a left-arm spinner normally does well. I’d be surprised if Ajaz doesn’t get a debut spot here and then we’ll work through what we think the right balance is,” said Stead. “Whether we go with the leggie or the offspinner, we’ll review who we think is likely to be in the Pakistan team and their balance of left and right-handers.”

What strengthens the possibility of Somerville – who was a late addition after Todd Astle was ruled out with injury – playing is the presence of two left-hand batsmen in Pakistan s top six. Australia s Nathan Lyon got good bounce when he bowled against Pakistan in Dubai and Abu Dhabi last month, and so Somerville – who is stands at 6 ft 4 in – could get the nod on Friday.

Wellington-born Somerville moved to Sydney with this family at the age of nine and first played first-class cricket at 30. Four years later, he could join Sodhi in a fairytale Test debut.

“It’s been awesome bowling to the batsmen I’ve watched on TV the last couple of years, Ross and those guys. There’s some world-class players in this side,” Somervile said this week. “I’m pinching myself. I’m grateful for the last five years, being a professional cricketer. I wasn’t sure it was going to happen at 30 and then I got an opportunity at NSW,” he said. “Things have rolled on and obviously coming to New Zealand a few months ago, it’s happened quicker than I was expecting. It’s been an absolute thrill.” 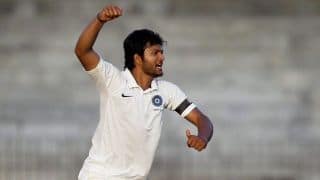 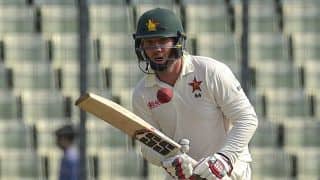