Former Pakistan captain, Waqar Younis has advised the national team management to press for changes in the side and go for a spinning track in the third Test against Sri Lanka at Sharjah.

Sri Lanka won the second Test in Dubai and now lead the three match series by one nil.

Pakistan need to win the final Test in Sharjah starting from Thursday in order to avoid their first ever Test series defeat in the United Arab Emirates since 2002 when they lost two successive Tests to Australia in Sharjah.

“I think Pakistan need to rethink their strategy for this match and make changes. They need to bring in left arm spinner, Abdul Rehman into the playing eleven and go for a spin prone attack,” Waqar said.

The former coach of the national team also said that Pakistan had lost the advantage of playing a home series in the first two Tests by not preparing tracks that assist the spinners in the match.

After the Dubai defeat, Pakistan skipper Misbah-ul-Haq didn’t mince words while expressing disappointment that Pakistan was unable to use home advantage.

Misbah said they had not got the pitches they had hoped for which would provide their spinners some help.

“If you look at the two tests in Abu Dhabi and Dubai our main spinner, Saeed Ajmal has got no help at all and there has been no break in these pitches,” he said.

Waqar said that Sri Lanka had performed well against all expectations.

“They have batted and bowled better than us and they made better use of the pitch in Dubai. Their bowlers seamed the ball and pitched it in the right areas as well. Our bowlers struggled to do that consistently,” he noted.

Former captains, Wasim Bari and Rameez Raja also expressed surprise over the pitches made for the first two Tests.

“I don’t know who is responsible for preparing these pitches but what I know is that everywhere in the world teams tend to take advantage of their home series and we haven’t done that as yet,” Bari, a veteran of 81 tests said.

Bari pointed out that Pakistan’s strength was spin bowling and they needed to play to their strong points.

Rameez recalled that even in 2012 when Pakistan whitewashed England in the test series they did so on pitches which favoured Ajmal and Rehman.

“I would like to see the pitch in Sharjah having some turn as this would allow us to play our best bowlers,” he said. 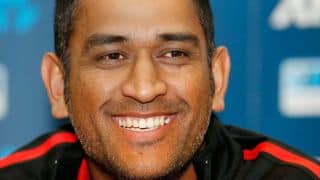