The live cricket streaming of Pakistan vs Sri Lanka 2017-18, 1st T20I at Abu Dhabi, will be available in India on Sony LIV.

Having registered a 5-0 whitewash over Sri Lanka in the just concluded ODI series, Pakistan shift their focus to the shortest format of the game. They will now again take on the very same team in the first of the three-match T20I series at the Sheikh Zayed Stadium in Abu Dhabi on Thursday. The live cricket streaming of the match will be available in India on Sony LIV, while the live telecast will be available on Sony Six HD. In Pakistan and Sri Lanka, the streaming will be available on tensports.com, along with the live telecast on Ten Sports. It has so far been a slow and subtle start by the Lanakans. FULL CRICKET SCORECARD: Pakistan vs Sri Lanka 2017-18, 1st T20I at Abu Dhabi

They fought hard and whitewashed Pakistan in Tests, that too in the the latter s impregnable desert fortress UAE. Nonetheless, Sri Lanka fell flat in ODIs, going down 0-5. This is their third whitewash in the 2017. They were earlier dished out similar treatment by South Africa and India. Will the shortest and most unpredictable format help the Islanders end the tour on a high? Meanwhile, Pakistan are redeeming themselves in coloured clothings under Sarfraz Ahmed. They have forged a new relationship with the term consistency . They will like to continue their glorious run with a win in the T20I series opener. 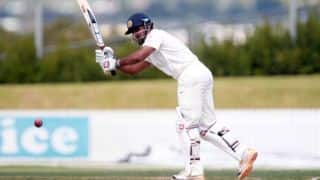