Pakistan will aim to seal the series when they take on the troubled hosts West Indies in the third game of the four-match T20I series at Port of Spain.

Following successive and impressive wins in the opening couple of matches of the tour, visitors Pakistan will aim to seal the series when they take on the troubled hosts West Indies in the third game of the four-match Twenty20 International (T20I) series at the Queen’s Park Oval in Port of Spain, Trinidad on Saturday. The visitors, who have been off-colour of late, especially following a tough tour Down Under, have bounced and struck back well enough to prove themselves as one of the top sides in world cricket. West Indies, meanwhile, too are having a tough time ahead, as they are staring at yet another home series defeat, and will have to give it all in the next couple of games to square the series. FULL CRICKET SCORECARD: Pakistan vs West Indies, 3rd T20I at Port of Spain

Pakistan came up with a commendable performance in the first T20I to beat the hosts convincingly by 6 wickets, while the second T20I too saw another praiseworthy performance from the visitors to drub the hosts once again by a slender margin of 3 runs to snatch another win and maintain their position in the driver’s seat in the series, as they now stand a chance to win the series. West Indies, meanwhile, did fail to put up a stellar show in the first fixture, but did well enough to show some resilience in the second game, only to be denied a win by just 3 runs. They will be hungry for a couple of wins in the next games, and Pakistan know that well enough.

Considering both the teams performance in the last game, it would be interesting to see how things pan out for this tie. As for the visitors, Pakistan showed an average performance with the bat, with batsmen in the form of Babar Azam and Shoaib Malik scoring 27 and 28 respectively, while the other batsmen were not so effective, as they managed to post a below par total of 132. However, they were impressive enough with the ball, as they showed great charisma to keep West Indies short of the required target by just 3 runs, with Shadab Khan claiming 4 for 14, and therefore allowing Pakistan to notch up their second consecutive win. PAK vs WI, 2nd T20I: Shadab yet again, Nasty collision and other highlights

As for the hosts, West Indies too did a fine job with the ball, with Sunil Narine and skipper Carlos Brathwaite claiming 3 wickets each, and therefore managing to restrict the Pakistan batsmen to an average total. However, just when it seemed their good bowling shall do it for them, their batting fell prey to a similar bowling performance form the Pakistan bowlers. Although veteran Marlon Samuels managed to hit an upright 44, with wicketkeeper-batsman Chadwick Walton and Jason Holder scoring 21 and 26, respectively. Their efforts were not enough as they eventually fell short of the target.

Therefore, going by the performance in the last match, the hosts are most likely to get some changes in the side. Although Holder was not impressive with the ball and was the most expensive one as well, he had a good run with the bat in the match, which makes his retention in the team a certainty. However, players like Lendl Simmons, Kieron Pollard and Rovman Powell could face axe for their unimpressive performance in the second T20I and could well be replaced by Jonathan Carter, Andre Fletcher and Jason Mohammed. Yet, Pollard could retain his place owing to his ability to play big innings and deliver good spell with the ball. Shadab Khan’s 4-for helps visitors clinch a last ball thriller

As for the visitors, Pakistan are most likely to retain their playing XI, following their impressive twin wins so far. However, a couple of changes can’t be ruled out either, considering they would like to test their bench strength. Ahmed Shehzad, who had an injury scare in the second T20I, could missout the match and would probably be replaced by Mohammad Hafeez.

The match is once again being contested in Port of Spain, where the fast bowlers have traditionally done well. Therefore, it won’t be a surprise if the teams opt to move in with a bowling-heavy side. Expect another low-scoring contest, but a close one. However, it would be interesting to see who comes out on top. Going by the current scenario, seems like Pakistan have the upper hand. However, West Indies showed great pliability in the last match and would be no surprise if they manage to bounce back and snatch a win here. 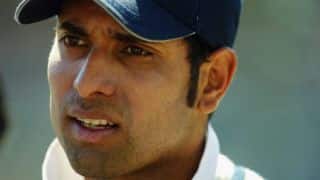 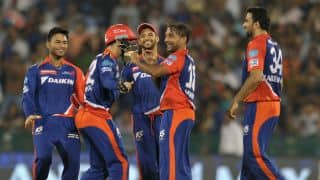