The suspension according to ICC is based on "not reporting a corrupt approach" with categorical statement that "no evidence of corruption" has been found against the former Maharashtra pacer.

Veteran curator Pandurang Salgaonkar today alleged that a particular news channel levelled “undue allegations” against him for the sake of publicity, which “impacted” him mentally.

The ICC today gave clean chit to Salgaonkar on allegations (levelled by a national news channel) of trying to doctor the pitch for last year’s ODI against New Zealand in Pune.

The suspension according to ICC is based on “not reporting a corrupt approach” with categorical statement that “no evidence of corruption” has been found against the former Maharashtra pacer.

“I have been humble servant of cricket and have served the game over last 50 years in various capacity. For publicity and attention, undue allegations were made against me,” Salgaonkar was quoted as saying in a press statement issued by his family.

On not reporting a corrupt approach, Salgaonkar admitted that it was his fault but also cited pressing family issue being one of the reasons.

“I have accepted the judgement that I have failed on reporting to ACU. That was primarily due to the fact that my wife was in critical condition and was hospitalized one day prior to the match and also my involvement in preparation for the match, which had mentally and physically over occupied. However I accept and respect the decision of ICC.”

“This was an extreme and unnecessary allegation from India Today and has impacted me mentally. I am thankful to ICC for being non-discriminatory and conducting an extensive enquiry about the allegations and bringing true picture in-front of everyone.”

“Our family had gone through unimaginable turmoil during the last six months. The TV channel which tried to tarnish my father’s reputation with unsubstantiated allegations didn’t even realize what a family had to go through. My mother was in Intensive Care Unit,” Salgaonkar’s daughter Pradnya told PTI.

She thanked ICC for releasing the verdict with every detail.

“We are very thankful to the ICC for their non-discriminatory approach while carrying out the investigations. We always knew that he (Salgaonkar) was innocent and was being framed,” Pradnya said.

She made it clear that the family had faith in the system.

“We knew truth would prevail. We had faith in the system. What hurt us most is that my father had given his life to cricket. There were times when he put the game above family,” the daughter said.

However, Pradnya refused to comment about whether Salgaonkar will be back to preparing pitches. Neither did she divulge whether the family will file a defamation suit against the two journalists, who were allegedly responsible for tarnishing the image of the 68-year-old.

“You people will have to give us some time. Right now, we have just received the verdict. We need to discuss and deliberate on the road ahead,” Pradnya concluded. 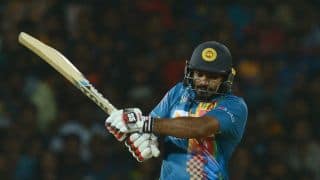