The touring Sri Lankans had more joy on the third and final day of a warm-up match before facing South Africa from Thursday in the first of three Tests. The touring Sri Lankans had more joy on the third and final day of a warm-up match before facing South Africa from Thursday in the first of three Tests.

They restricted a South African Invitation X1 to 34 runs Sunday while grabbing four wickets to bowl them out for 357 and Tharanga Paranavitana struck a ton as the visitors reached 207-3 before rain ended the drawn game.

Seamer Dilhara Fernando doubled his overnight wicket haul to four, left arm slow bowler Rangana Herath took one and so did Ajantha Mendis, albeit at a high cost with his pair costing 142 runs.

What the Sri Lankans really wanted was batting practice entering a three-Test series in which they are given little chance of success by many South Africans, including former national team skipper Kepler Wessels.

Opener Paranavitana made the most of his time at the Willowmoore Park crease under grey clouds, striking 12 fours in a 100 off 161 balls before retiring out to offer team-mates batting time in this eastern Johannesburg suburb.

Captain Tillakaratne Dilshan also did well, averaging virtually a run a ball as his 74 came off 76 deliveries and was spiced by two sixes and eight fours while third batsman in Mahele Jayawardene (26) was less successful.

Regular number three Kumar Sangakkara could not bat after injuring his right hand fielding, but officials insisted he will be fit within two days and available for the opening Test at SuperSport Park in Centurion.

After two bad light delays, rain forced an early conclusion, meaning the Sri Lankans got less than two days’ cricket instead of three as no play was possible Friday. (AFP) 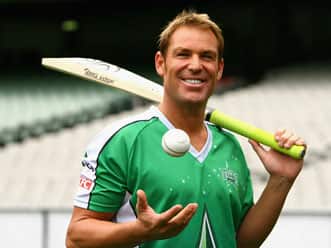