England take on the West Indies in a three-match T20 series starting Sunday.

Former England one-day captain Paul Collingwood has advised his former team to focus on victory in the Twenty20 series in the West Indies now instead of preparation for the ICC World Twenty20 2014.

Following England’s 50-over series victory over West Indies, the tourists have three T20s, the first of which is on Sunday, before the World T20 begins in Bangladesh on March 16.

According to the BBC, Collingwood, who is on a seven-week stint assisting limited-overs coach Ashley Giles, said that England needs to keep their attention on the T20 series at the Caribbean as a few wins under their belt will be more crucial than going in with the team that they would be playing again in Bangladesh.

Although Collingwood admitted that it would be difficult to find a strategy that will work in Barbados and also in Bangladesh, however, he believes that confidence is a key thing going into a World T20 tournament.

Collingwood is England’s only winning captain to date in a global competition, having led them to the 2010 ICC World Twenty20 title in the Caribbean, the report added. 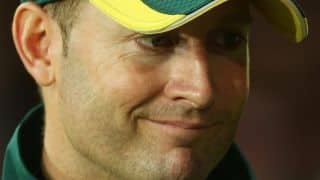 Michael Clarke’s Australia must play with grace and right spirit 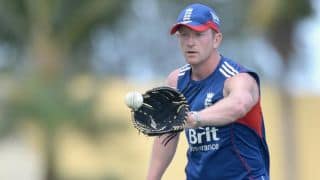