Lahore: Pakistan‘s cricket chief said former team Salman Butt has confessed to his role in a spot-fixing scandal, potentially paving his way for a return to international cricket. The 31-year-old was one of three players banned for a minimum of five years for their part in arranging deliberate no-balls in return for money during an August 2010 Test against England at Lord’s.

The cricketer had previously spoken to reporters about his role in the scandal in June 2013, but the PCB had rejected it as “a general confession”.

Khan said the statement has been forwarded to the Anti-Corruption and Safety Unit of the International Cricket Council (ICC). WICB-WIPA resolve issue regarding dispute over international players’ payment structure

Butt and teammates Mohammad Asif and Mohammad Aamer were banned for five years, with the scandal not only destroying three top class careers, but also shaking the cricket world. It also led to jail terms for the trio and their agent Mazhar Majeed in 2011.

In January, the ICC approved a revised anti-corruption code that allows the banned players to return to domestic cricket a few months before their bans expire.

That allowed Amir, who pleaded guilty in 2011, to resume domestic cricket in February this year, prompting Butt to fight his case as well. ‘Death of a Gentleman’ documentary casts cloud over future of Test cricket

Their bans expire on September 1. Butt confirmed he signed the written confession, and said it was in order to play domestic cricket.

“I have signed a confession letter because I want to play domestic cricket. I have offers from a few teams to play the forthcoming season,” Butt told AFP.

Butt said he is also hopeful of playing international cricket. Bangladesh can gain more than India in upcoming ODI series

“Why not? If my form and fitness impress selectors then I look forward to playing international cricket,” said Butt, who at the time of his ban had played 33 Tests, including six as captain, for Pakistan.

He had also played 78 one-day and 24 Twenty20 internationals in a career that started in 2003. Asif has yet to contact the PCB for reintegration despite confessing to spot-fixing in August 2013. 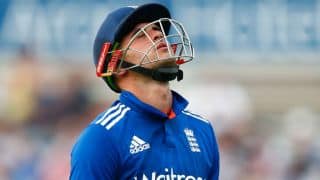