Chief Executive Officer of the WICB, Michael Muirhead expressed happiness over the outcome.

St John’s (Antigua): The West Indies Cricket Board (WICB) and the West Indies Players’ Association (WIPA) have finally resolved their long-standing dispute over the international players’ structure of payments after a period of mediation.

The resolution was reached between WICB and WIPA during a formal mediation session, which ran for five days in Barbados in May before the start of Australia‘s Test tour of the West Indies. ‘Death of a Gentleman’ documentary casts cloud over future of Test cricket

Mediation session took into consideration the quantity of sponsorship received by the WICB to be passed on to the West Indies national players.

“During May, the WICB and WIPA participated by mutual consent in a formal mediation process over a period of five days to consider the question of what level of sponsorship funds received by the WICB should international players receive and how that amount should be distributed,” a press release put up on WICB website stated. Dwayne Smith: CSK is the best cricket team that I have ever been a part of

A clear schedule of payments to players has also been drawn-up and minor amendments have been made to the memorandum of Understanding (MOU) and Collective Bargaining Agreement (CBA).

“The WICB and WIPA were able to reach a greater and more consistent understanding of the MOU and the CBA by clarifying the underlying agreed principles of player payments for a period of four years,” the joint statement added. Brendon Julian’s horrible gaffe

The pay dispute had led to the West Indies cricketers cutting short their tour of Indian last year in October and forced the Indian cricket board to file a compensation claim of nearly USD 42 million dollars against the WICB. Kookaburra ready with pink balls for day-night Test cricket

“This solution, including the player payment schedule, was also shared and discussed with the players on the weekend of May 23 and 24 in Barbados, prior to the start of the Australia Tour of the West Indies, so that the risk of any future dispute is minimised to the greatest extent possible,” it further stated.

“We’re all happy to have reached this outcome. It brings greater stability to our relationship with the players and that’s something that we all want and we’re thrilled that we have been able to achieve it.

“There was a tremendous amount of respect and a great degree of compromise forged by a desire and a willingness to bring about resolution through mediation. Once both sides understood that we were both looking for the best for West Indies cricket, we got things worked out.”

President and Chief Executive Officer of WIPA Wavell Hinds said: “The mediation process went very well and this represents the best payment scheme for all players in the present reality of West Indies cricket.” 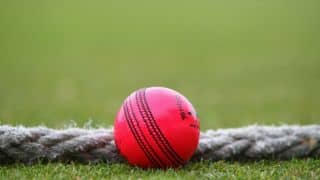