Julian was also among the commentary panel in the eighth edition of the cash rich Indian Premier League (IPL).

Former Australian cricketer-turned-commentator Brendon Julian had an embarrassing moment when he, by mistake, called The Frank Worrell Trophy as the ‘Wank Forrell Trophy’ during the presentation ceremony. Denesh Ramdin laments poor batting performance of West Indies against Australia

While announcing the winners during the ceremony after Australia hammered the West Indies by 277 in the second and final Test at Jamaica, Julian paused for a moment after saying ‘Wank’, but then continued with the erroneous name. Steven Smith surpasses Kumar Sangakkara to become No.1 ranked player in Tests

Due to his rise in the commentary circles, with him being elevated to the post of chief cricket presenter by Fox Sports, Julian was roped in by Ten Sports for the coverage of the two-Test series, the Sydney Morning Herald reported. Yes, it is time for Australia to talk about The Ashes 2015

Julian was also among the commentary panel in the eighth edition of the cash rich Indian Premier League (IPL). West Indies need serious introspection after horror series against Australia 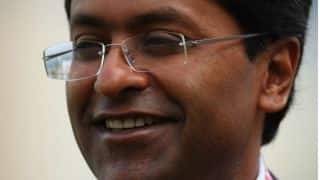 Lalit Modi vs N Srinivasan: Who will emerge standing when the dust settles?