The PCB had revoked the No Objection Cerificate (NOC) of the Pakistan players a few days back.

The Pakistan Cricket Board (PCB) on Monday made a U-turn as it allowed its players to return to overseas competitions like the Caribbean Premier League (CPL) 2017 and the English County Cricket as well. The PCB had revoked the No Objection Cerificate (NOC) a few days back. However, before the players return to their respective circuits, the players would undergo fitness tests from August 22 to 24. PCB chief Najam Sethi said that the NOCs were revoked owing to the player’s participation in the National T20 Cup. However, with the conformation of the World XI tour, the tournament was rescheduled to November, allowing the players to return to the overseas circuit. PCB chairman Sethi confirms World XI, WI tour of PAK

“The World XI series was not officially confirmed when we set the dates for our domestic tournament. That series falls right in the middle of when our competition would have been played. Then there’s a by-election [on September 17 on the seat of now-disqualified prime minister Nawaz Sharif], and after that the team has to go to the UAE, so the competition was squeezed out. As a result, we have moved it to November. An added advantage of this arrangement is that our players who are taking part in the CPL and other county will be able to take full part in those tournaments. This will make the players happy too, as well as the CPL,” said Sethi, as reproted by ESPNCricinfo. Aamer available for Essex’s clash vs Somerset

“It’s a bit of a mess. The PCB have brought this T20 competition in from nowhere. It’s not ideal, but it is what it is,” said a senior member of the Pakistan team management. 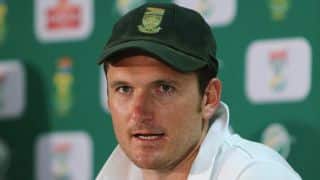 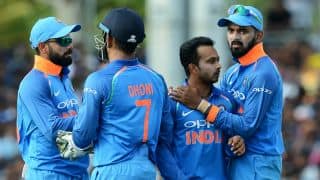