The Pakistan Cricket Board on Thursday charged former Test opener Nasir Jamshed with multiple breaches of its Anti-corruption Code of Conduct and given him 14 days to respond to the charges.

The PCB said in a statement that Nasir had been issued a notice under which he has been charged with multiple violations of the code of conduct in respect of spot-fixing and corruption issues.

The Board has already suspended Nasir for 12 months for not cooperating with the anti-corruption tribunal in the Pakistan Super League spot-fixing scandal which erupted last year.

The tribunal has already banned national team members Sharjeel Khan and Khalid Latif for five years on charges in the PSL spot-fixing scandal.

Nasir, who resides in the United Kingdom, has so far failed to appear before the tribunal in the PSL case as he claims his passport is with the UK National Crime Agency which is investigating him in cricket corruption related issues.

“PCB remains resilient in its fight against corruption in cricket. Upon action initiated by PCB the Anti-Corruption Tribunal has already banned Sharjeel Khan and Khalid Latif.

The convictions of both cricketers were subsequently upheld on appeal by an independent adjudicator,” the statement said.

Nasir, who once scored three ODI hundreds on the trot against India, has denied setting up meetings between Sharjeel and Khalid during the PSL with a suspected bookmaker, Yousuf Anwar, in Dubai. 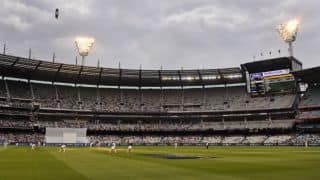 No evidence of corruption during the 3rd Ashes Test, says ICC 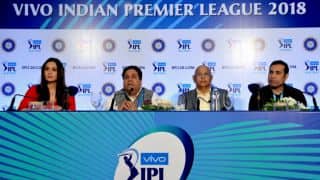