PCB Chairman Mani insisted that besides the amount paid to India to cover the costs of the case the other expenses were related to legal fees and travelling.

Karachi: The Pakistan Cricket Board (PCB) has paid the BCCI approximately USD 1.6 million as compensation after losing the case in the ICC’s Dispute Resolution Committee, PCB Chairman Ehsan Mani claimed on Monday. “We incurred costs of around USD 2.2 million on the compensation case which we lost,” Mani said.

He insisted that besides the amount paid to India to cover the costs of the case the other expenses were related to legal fees and travelling.

The PCB had filed a compensation case against the BCCI last year before the ICC’s Dispute Resolution Committee for an amount of around USD 70 million. (ALSO READ: Younis Khan set to be appointed as Pakistan Under-19 coach: PCB)

PCB had sought a huge amount from BCCI for not honouring a MoU signed between the two boards. According to the MoU, India and Pakistan were supposed to play six bilateral series between 2015 and 2023, which the BCCI failed to honour.

The Indian cricket board said they were unable to play against Pakistan as the Indian government did not give them permission. India also dismissed the Pakistan board’s claims as legally binding. (ALSO READ: After PCB s objection, ICC says India was granted permission to wear caps in memory of fallen soldiers)

“The ICC committee did accept that Pakistan had a case and that is why the damages/cost we had to pay to the Indian board was around USD 1.6 million,” Mani said. 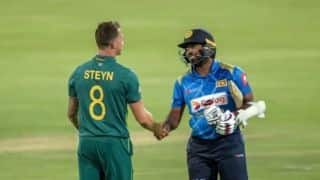 South Africa have a good chance to get into the top four in the World Cup: Lasith Malinga 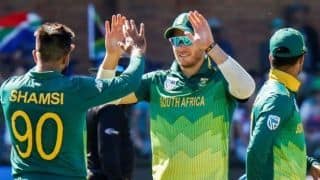