Younis will also be in charge of the national junior selection committee as its chief.

Former captain Younis Khan is set to be appointed as the head coach of the Pakistan Under-19 team, a Pakistan Cricket Board (PCB) source said in Karachi Sunday.

“A decision has been taken in this regard within the PCB but the announcement will be made soon after completing a few formalities,” the source said.

Citing the example of Rahul Dravid, who is the coach of India Under-19 team, PCB chairman Ehsan Mani had recently said that Pakistan too needed to follow BCCI’s footsteps and hand over the charge of the nation’s youth cricket to former cricketers.

Besides, Younis will also be in charge of the national junior selection committee as its chief.

“Younis will be given full powers as head coach and also chief selector of the national junior selection committee and he will be assisted by another former Test player, Nadeem Khan who is in line to be appointed as manager,” the source said.

Both Younis and Nadeem are set to be appointed on long-term basis and are expected to work with the juniors until the next ICC Youth World Cup.

“In the past there has been a tendency to change coaches and managers of the junior team after one or two series and this has hurt the progress and development of the junior players,” the source said.

He said Younis himself had shown interest in working with the Under-19 players but made it clear that he would only take up the assignment if given full authority. 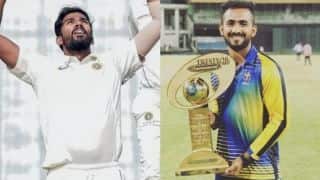