Some of the PCB officials advised head coach and chief selector Misbah-ul-Haq and Pakistan T20I skipper Babar Azam not to pick Hafeez and Malik in the side.

Pakistan Cricket Board (PCB) shot down Pakistan’s newly-appointed Twenty20 captain, Babar Azam’s, suggestion to have the senior players such as Mohammad Hafeez and Shoaib Malik in the squad for the Australia series.

However, some of the PCB officials advised the Misbah-Babar duo not to pick Hafeez and Malik – both the former Pakistan skippers. The move has started a debate about how much authority the head coach , who also is a former captain, and the captain of the team enjoy.

When asked whether he was consulted about the team selection, Babar, as per a report in PTI, said: “I had given my input for selection of the squad. I felt I required some seniors but it is decision of selectors.”

Babar had recently stated that he is keen to emulate Indian skipper Virat Kohli and New Zealand’s Kane Williamson.

“People judged in three matches [against Sri Lanka] that my performance suffered because I was vice-captain,” Babar said. “That’s not how it works. In the game of cricket, you have ups and downs, and that was a poor series for us, no question. I give 120% for the team in every single match, and I don’t see why there would be any added pressure on me just because I’m captain. I’ll continue to play as I always have, and I’m sure the performances will come.

“Moreover, I’m not just thinking I’ll be happy to play regardless of the results. I’m looking to get a performance out of my team, as well as my individual performances. I look at current captains like Kane Williamson and Virat Kohli, and how well they manage their own form along with bringing results to the team. I’ll try to emulate them.” 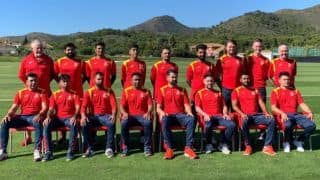 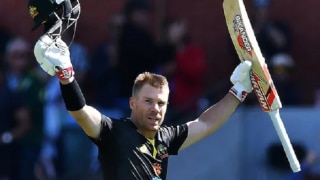