Karachi: The Pakistan Cricket Board (PCB) today initiated investigations into a video in which Test player Hasan Raza is seen sitting with an Indian origin player, who is discussing alleged spot-fixing deals with an undercover reporter. The PCB said that its Anti Corruption Unit are in “process of reviewing reports regarding the alleged involvement of cricketer Raza in corrupt conduct”.

“Appropriate action, if any, will be taken after collecting and reviewing all relevant evidence,” read the PCB statement, stating that till such time no further comments would be made on the issue.  The PCB’s statement came after Raza is seen in a video, part of an alleged spot-fixing sting operation by Al-Jazeera channel.

The Pakistani batsman, who is the youngest player to have played Test cricket, is seen sitting in the same room in which former Indian domestic cricketer — Robin Morris from Mumbai talks about facilitating spot-fixing in T20 tournaments. Raza told PTI that he was not part of any spot-fixing racket.

“Yes, I know Robin as we played together in the Indian Cricket League (ICL) and we are friends. But I just went there as his friend and he told me it was part of a mock recording for a film scene,” Raza said.

“Tell me if I have spoken about doing any fixing?”

Interestingly, in the video Raza does not participate in the conversation between Morris and the undercover reporter, but is seated in the chair adjacent to Morris. Both the players turned out for Mumbai Champs, a team in the now-defunct ICL between 2007-08.

Raza, who made his Test debut at the age of 14 against Zimbabwe at Sheikhupura in 1996, said he was open to any inquiries from the PCB.

“I have nothing to fear or hide. Just sitting in a room where such a discussion is taking place and where I was taken unknowingly does not mean I am involved in fixing,” he said.

A prolific scorer in domestic cricket, Raza, who featured in seven Test matches, played an integral part in the Pakistan Television Corporation team’s promotion to the Quaid-e-Azam Grade-1 Trophy first class tournament last year with a string of important innings.

Raza said nowadays he was focusing on playing club and league cricket in UAE to earn his living.

Raza’s name has popped up in a spot-fixing case even as the anti-corruption tribunal is conducting a hearing against discarded Test opener, Nasir Jamshed in the Pakistan Super League corruption case.

The PCB’s anti-corruption tribunal has already banned Pakistani batsmen, Sharjeel Khan, Khalid Latif and Shahzaib Hasan in the PSL spot-fixing case while pacer, Muhammad Irfan and spinner Muhammad Nawaz were also banned for short periods in the same case for not disclosing approaches by fixers.

Before the PSL scandal, Pakistan’s top players like Danish Kaneria, Salman Butt, Muhammad Asif and Muhammad Aamir were all banned for involvement in spot-fixing in England. 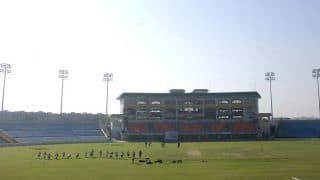 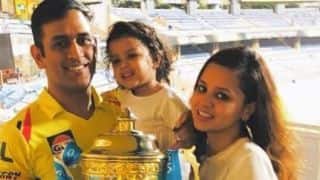