Pele: I will have to learn cricket to play it

Pele: I will have to learn cricket to play it

Legendary footballer Pele admitted that he knows cricket only from what he has seen once in a while on the television and can learn more about the sport only if he starts playing it. The Brazilian football legend will be visiting India after a long gap of 38 years. He is expected to be in Kolkata and Delhi between October 11 and 17, 2015, where he will meet students and faculty of a private university. The retired footballer will also participate in the conversation with Sourav Ganguly, which will be moderated by Boria Majumdar. He will then attend a gala dinner. Pele will also be the guest of honour in Atletico de Kolkata’s opening match in the Indian Super League (ISL). All fund-raising events that Pele visits in Kolkata will go to the Chief Minister’s relief Fund of West Bengal. READ: Pele to visit India after 38 years; to meet Sourav Ganguly

According to a report from Times of India, when asked about his previous visit to India, Pele said, “Yes, it is fantastic to remember that visit because when we set up the Cosmos team, we get a lot of players from Europe who travelled to India. The plane was full. When we reached Kolkata, our centre forward Giorgio Chinaglia (Italian striker) looked down from the window of the plane and exclaimed, ‘Oh, Pele, we cannot get down here. There are too many people out there.’ It was a fantastic and beautiful welcome. I will never forget that.” 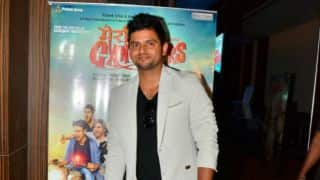