The 2017 edition of tournament will feature six international teams playing across two days March 23 and 24 as announced by its organisers Sporta Group, an event and sports management company.

There is some good news for the fans of Peshawar Zalmi, the newly crowned Pakistan Super League (PSL) champion, Lahore Qalandars, as well as the PSL fans in general. They won t have to wait for an entire year to watch their favourite teams play, as the two PSL franchises will be seen in action during the Emirates Airline T20 2017. The tournament will feature six international teams playing across two days March 23 and 24 as announced by its organisers Sporta Group, an event and sports management company. For the first year ever, the tournament will be hosted at the Dubai Sports City Cricket Stadium, Dubai.

Some of the star cricketers, who are expected to play in the tournament, include the likes of Darren Sammy, Jonathon Trott, Shahid Afridi, James Anderson, Brendon McCullum and Ian Bell to name a few. Confirmed teams include Peshawar Zalmi and Lahore Qalandars from the PSL, Lancashire Lightning (2015 T20 Blast winners), the Jamaica Tallawahas (2016 CPL Winners) and Birmingham Bears (2016 RL Cup Winners). The full team line-up is expected to be announced soon.

Emirates is proud to partner with the Emirates Airline Twenty20, and an event that brings successful international cricket clubs to Dubai to compete for the coveted Trophy. The sport of cricket offers strong synergy for the Emirates brand because it mirrors the markets we serve, which includes the key cricket playing nations, commented Sheikh Majid Al Mualla, Divisional Senior Vice President Commercial Operations, Centre for Emirates.

According to Matthew Jackson, Managing Director of Sporta Group, The tournament provides something for everyone as well as avid cricket fans, with two action-packed days featuring; six games of international cricket, a corporate sixes tournament, a Friday brunch, family activities, entertainment, competitions and more. Cricket fans will also have the opportunity to meet their heroes through player meet-and-greets, signings and even coaching sessions.

The EKT20 has gone from strength to strength since its launch in 2010 and this year s tournament is set to be the biggest and most international yet. We are very excited to host it in the stunning Dubai Sports City Stadium for the first time and welcome our new international teams. 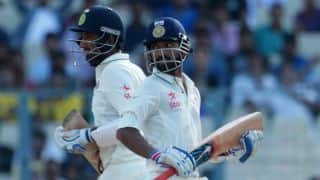 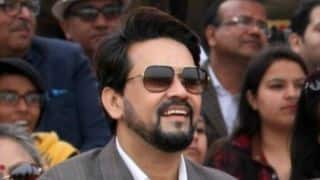