Hughes, 25, was hit by a bouncer from fast bowler Sean Abbot and collapsed on the ground.

Former India skipper Dilip Vengsarkar today termed the shock demise of Australian batsman Phil Hughes, who succumbed to the head injury sustained in a Shield match on Tuesday, as a “sad day for world cricket”.

“It’s a sad day for world cricket. It was a freak accident. Lots of players get hit on the head but only a few injuries have turned fatal. There was the other case of (India’s) Raman Lamba but he was hit while fielding (at short leg),” said the former chief selector.

Hughes, 25, was hit by a bouncer from fast bowler Sean Abbot and collapsed on the ground. He was taken to the hospital, where he died without regaining consciousness after battling for life.

“He (Abbot) must be feeling terrible. But it’s a part of the game and it was no fault of his, but only sheer bad luck,” the 116-Test veteran and recipient of Cricket Board’s prestigious C K Nayudu Award, said.

“Better quality of helmets is important,” added Vengsarkar, who was an integral part of the Indian squad that faced the fearsome West Indies pace battery in several Test rubbers, most notably in his debut series in 1976 at the “Kingston blood bath” Test when several Indian cricketers were injured by the Caribbean pace attack led by Michael Holding. 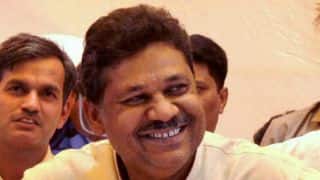 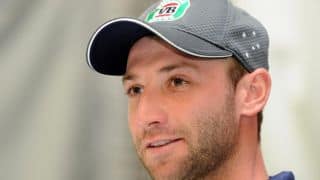