Photo: Mandeep Singh fields for South Africa A against India A at Chennai

Photo: Mandeep Singh fields for South Africa A against India A at Chennai

Quinton de Kock went off the field suffering from cramps, Mandeep Singh came onto the field as the 16th man for South Africa A.

Stomach bugs and cramps due to the heat forced South Africa A to use their video analyst to field for them in Match 3 of the tri-series involving Australia A. And when Quinton de Kock went off the field suffering from cramps, Mandeep Singh came onto the field as the 16th man for South Africa A. He was not part of the playing eleven and hence could have come to field for the opposition. He came out donning the jersey of Reeza Hendricks. India A are cruising in their chase of 245 though. They had started very nervously but grew in confidence as the game progressed. The visitors also dropped a couple of chances when India A skipper was yet to get off the mark. Both the ‘keepers Dane Vilas and Quinton  de Kock (at point) dropped relatively simpler chances. VIDEO: Mandeep Singh fields for South Africa A vs India A at Chennai

Mayank Agarwal got a life early on as he was caught at second slip but the third umpire did not find conclusive evident to rule him out. He went onto score his fourth List A fifty. Chand caught up with Mayank by scoring his 12th List A fifty. The South Africa A players suffered from the heat but nothing stopped the two India batsmen to score runs. Mayank brought up his fourth Test ton and then started to feel the heat. India lost their first wicket in the form of Chand who was out leg before to Dean Eglar for a score of 219, needing further 26 runs to win. Live cricket updates: India A vs South Africa A, Tri-series Match 3 at Chennai

Earlier in the day, South Africa A won the toss and elected to bat first, they though were soon reduced to 92 for four as the India A bowler bowled tight lines and lengths to keep the scoring down. The pair of Omphile Rameela and the opener  de Kock, steadied the ship for South Africa A before Ramela was dismissed for a score of 26. South Africa were four down for 92. It was Dane Vilas and de Kock who shared a 100-run stand to give them some stability. de Kock scored his ton, his eight List A ton but could not get his team past 250 on a slower deck. Rishi Dhawan was the best bowler for India with four wickets for 49 runs. Read: Quinton de Kock century drives South Africa A to 244 against India A in Chennai 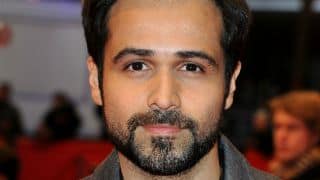 Emraan Hashmi to shoot for Mohammad Azharuddin biopic in London 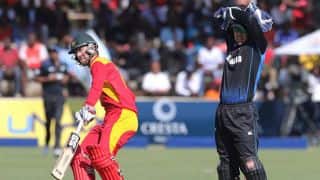