Some of the names that made it big in recently-concluded IPL will be found in the Tamil Nadu Premier League (TNPL). Kolkata Knight Riders (KKR) Piyush Chawla along with Delhi Daredevils (DD) Ankit Bawne have registered for the TNPL draft. IPL 2017 Emerging Player of the Season, Basil Thampi will also be registering his name for the draft soon. Thampi, who made his debut in this edition of IPL, claimed 11 wickets off 12 matches for Gujarat Lions (GL). Earlier, BCCI had not allowed cricketers from outside the state to participate in the inaugural edition. However, the rule has been changed and Tamil Nadu Cricket Association (TNCA) has mentioned that outside cricketers could also register.

A source was quoted as saying by Cricbuzz, Chawla, Bawne and Bist have filled their forms for the draft. Thampi is eager to take part in the competition and is on a high after his good show in the IPL. He is expected to register later this week. . Players such as Jayant Yadav and the Pandya brothers Hardik and Krunal are unlikely to register for the TNPL. Where Hardik is part of the ICC Champions Trophy 2017 at the moment, Krunal was a key figure for Mumbai Indians (MI) in their recent title win in IPL 10. TNCA are in talks with a few other cricketers such as Sanju Samson, Sachin Baby and Vishnu Vinod.

A close official said, Sir Theagaraya RC is in talks with Vishnu. The dashing batsman is likely to sign the deal and moreover he is no stranger to TNCA league. He did feature for a second division team in 2015-2016 season. A couple of teams are in touch with Baby and Samson as well.

But nothing has been finalised as of now. If these guys do register themselves in the league, then there is every possibility of them featuring in the draft too, the source added. 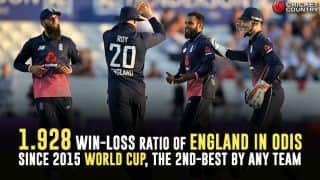