Boycott reckoned that going right forward or right back is imperative but even more important is to wait for the ball, for England batsmen against Ashwin

Former England cricketer Geoffrey Boycott said that England need to be up for the challenge at Lord’s because tourists generally raise their game at the Mecca of Cricket. He warned England to be wary of the challenge and be ready to face Ravichandran Ashwin with a degree of confidence.

On India’s last tour of England when they lost 1-3, they achieved their solitary win at Lord’s. Ishant Sharma bowled a terrific spell on the last day with his 7/74; he virtually bounced out the England middle-order with his short-pitched stuff and helped India achieve only its second victory at the hallowed venue.

This time around along with Sharma gathering good form in the first Test at Edgbaston with his 5/51 in the second innings,Ashwin has also adapted well to the English conditions and the Dukes ball; the latter particularly troubled the English batsmen no end with his guile and control and returned match figures of 7/121.

ALSO READ: A snapshot of 5 of the best spells by Indian bowlers in England

The former England opener, writing for the Daily Telegraph UK, reckoned that the hot and dry weather would help Ashwin and England batsmen need to do more to counter his challenge. “All this hot, dry weather means there is every chance the pitch will spin at some point and there is the unusual slope that helps bowlers confuse batsmen. England have a lot of left-handers and the same problems that confronted them at Edgbaston will be there in the next Test,” he wrote.

“Ashwin s bowling should not have been a surprise, given England faced him less than two years ago in India and failed miserably. Coaches and players should have been preparing for him. He had so much success against our left-handers he was probably queuing up to bowl on one leg! Two things struck me about our batsmen. They are making an effort to get forward with a big stride to cover the spin. But that is only half right,” Boycott reckoned.

The former opener had sound advice in terms of employing a better technique of facing up to an off-spinner of Ashwin’s pedigree. “It is no good if you then push hard at the ball in front of your pad. It is vital that, together with a big stride, you let the ball come to you and play it under your nose. Call it relaxed hands, soft hands, whatever you want, but a big stride alone will not save you if you go hard at the ball. Right forward or right back and wait for the ball to come to you should be the theme. Patience is vital. These days because of so much Twenty20 cricket, where kids have to whack every ball, there is a tendency to feel they have to score,” he concurred.

The Yorkshire legend has a point when he says there are no half-measures when it comes to facing a bowler of the calibre of Ashwin. The second Test of the five-Test series between India and England starts at Lord’s cricket ground on 9 August with England leading 1-0. 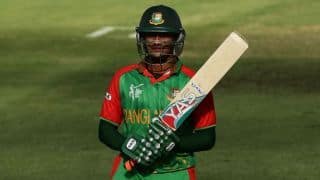