Lara suggested that a player should only go out in the open market once the player has represented a stipulated number of games for the country.

Former West Indies international Brian Lara feels that the upcoming cricketers should always put their country first and the recent trend of going after the lure of lucrative T20 leagues.

I think it s great (all the T20 leagues), but in terms of preserving the importance of playing for your country, I think there s one little issue with that the younger players who want to concentrate on getting an IPL contract or a Big Bash contract, Lara told yorkshireccc.com.

But I still believe that playing for your country must be the biggest thing. It should be the dream of every youngster.

He suggested that a player should only go out in the open market once the player has represented a stipulated number of games for the country.

Maybe there should be a stipulation where you have to represent your country so many times before you go out open market , he said.

Lara s comment comes in wake of the news that West Indies international Evin Lewis turned down West Indies central contract, appearing to be headed down the Twenty20 freelance road like some of his illustrious team-mates

I know a few players where if you offered them an IPL contract tomorrow or playing for the West Indies, they are most likely going to take the IPL contract because maybe there s more money or more excitement. That s the only thing I feel should be stemmed, something should be done, said Lara, who played three T20 games before announcing international retirement.

However, Lara lauded how players like Joe Root and Virat Kohli have managed to play all three formats for the country and have found time play for the T20 leagues as well.

Getting into the leagues and making a living, I can understand that. If I was young again, I would love to be a Virat Kohli or a Joe Root where you are playing all forms of the game for your country and are available to play franchise cricket when time allows. That s the sort of cricketer I d want to be, not just exclusively to one. If there s a Test Match or a one-day international for the West Indies, I m available. Then, in my free time, I would go to the IPL or somewhere like that. If I was playing cricket at this time, that would be my modus operandi, he added. 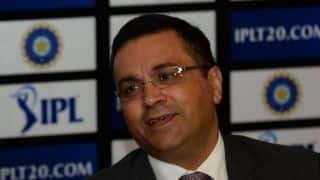