India women escaped with an 11-run win but Harmanpreet admitted she wasn't sure if her team's total was enough.

India women escaped with an 11-run win over South Africa women in the first T20I on Tuesday but captain Harmanpreet Kaur admitted she wasn’t sure if the total her team had posted was enough. India women put up an ordinary show with the bat with only Harmanpreet’s 43 being a lone contribution while the rest of the batters struggled, and as a result, the total put on board was 130/8.

The South Africa women, in their chase, did not fare any better with only three players getting to double figures as India’s spinners built a web around them. Reduced to 5/48, Mignon de Preez counter-attacked with a 43-ball 59 with four boundaries and three sixes but with her dismissal, went away all hopes of a SA win as they were bowled out for 119.

Harmanpreet was happy with India’s bowling and fielding but conceded they needed to get better for the remaining matches.

“I was nervous at the halfway stage but we knew that we’d have something for the bowlers. They did a great job,” she said. “We were doing a lot of fitness before coming here and today we got the result on the field. The way we fielded and bowled, I was happy. Lot of areas to improve. Need to improve a lot with the bat. We are playing with an extra batter, so if batters do well, we can do even better. I always had trust on Radha for the final over.”

Deepti Sharma and Poonam Yadav took five wickets for 33 runs between them, but it was the 22-year-old offspinner, who crippled South Africa with an immaculate spell of 3/8 from four overs. She started with a maiden before taking out Tazmin Brits and Nadine de Klerk in the space of four balls in her second over, before following it up with a third consecutive maiden. An obvious choice, Deepti bagged the Player-of-the-Match award.

“This is my best bowling performance. We bowled how I had planned. Got help from the wicket too. Plan was to bowl wicket to wicket. It was turning, so pitched it up too. Mindset was to bowl in front. We were confident at the halfway mark. And we wanted to enjoy. If you enjoy, you automatically do well,” Deepti said.

South Africa captain Sune Luus was confident of her side chasing down 131, but their batting could not cope against India’s spinners.

“The way our new-ball bowlers bowled, they gave us a good platform to work on. We thought 130 was a total we could chase. Chasing 130 is about when you go for the charge. Lee gave a good platform. The batsmen who then came in just couldn’t execute. The way Deepti and the spinners bowled, you could definitely see there was more spin as the evening progressed,” said Luus. 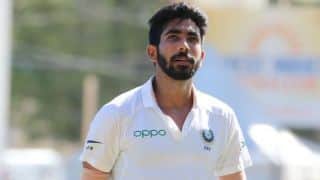 Aiming for a comeback that’s stronger than the setback: Jasprit Bumrah 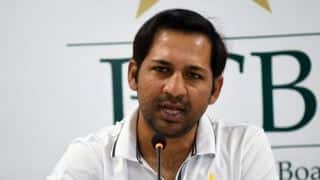