Chahal further did not think that he would get as many matches he got this year.

The find of IPL 7 for Royal Challengers Bangalore, Yuzuvendra Chahal, on Saturday said poor bowling in the death and below-par batting denied their team entry into the playoffs of the T20 league.

“Our batting did not fire despite the presence of big names, and our bowling as well in death overs was not good. This denied us a chance to enter the playoffs,” Chahal told reporters after RCB’s defeat to Chennai Super Kings.

Chennai Super Kings cruised to a comfortable eight-wicket victory over an out-of-sorts Royal Challengers Bangalore to strengthen their bid for playoffs.

“For instance, Rajasthan Royals scored 64 runs in 17 balls. If we had bowled well and taken wickets, we would have won next three to four matches,” Chahal added.

Replying to a query, Chahal said he was very happy with his bowling performance and he got a lot of support from Daniel Vettori and senior Bangalore players.

“Overall, I am happy with my bowling. Dan sir gave me good support and I worked with him for long sessions. The seniors also were helpful during matches. Yuvi paaji [Yuvraj Singh] and [Muttiah] Muralitharan gave me bowling tips,” he said.

Chahal further said he did not think that he would get as many matches he got this year.

“Everybody supported me – coaches and Virat made me feel comfortable. I did not think I would get many matches, but I was given the chance from the very first game and I capitalised on it,” the leg-spinner said.

Chahal said he was very happy with his bowling performance 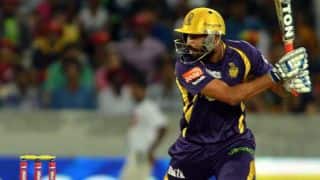 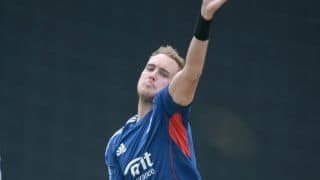