Australia under Michael Clarke will look for a win in the third Test against Sri Lanka at Colombo starting Friday, which will give them their second consecutive Test series win in the island nation. On the other hand, Sri Lanka will aim to bounce back with a win to force a series draw. 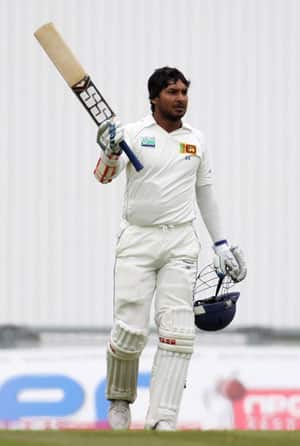 Australia under Michael Clarke will look for a win in the third Test against Sri Lanka at Colombo starting Friday, which will give them their second consecutive Test series win in the island nation. On the other hand, Sri Lanka will aim to bounce back with a win to force a series draw.

But to ensure a series draw, Sri Lanka will have to do a lot of improvisation on-field. Their bowling has lacked depth and lethalness ever since Muttiah Muralitharan and Lasith Malinga took retirements from the Test cricket. Apart from fightback which they staged in the second innings of the second Test, their batting has flopped this season.

Kumar Sangakkara, the former skipper is all set to play his 100th Test, and the Lankans would aim to celebrate the occasion with a win.

“If we can win the Test match, I think that’s going to be a good gift for Sangakkara. It’s a great achievement, it’s not easy to play 100 matches, especially in Test cricket,” captain Tillakaratne Dilshan told reporters.

Spinner Ajantha Mendis will miss the third Test as well due to a back injury, but Rangana Herath is all set to make comeback after missing the second Test with a finger injury.

The pitch at the Sinhalese Sports Club in Colombo is a batting paradise, but apart from three gritty knocks from Sangakkara, Tharanga Paranavitana and Mahela Jayewardene, the hosts don t have a lot to cheer about.

Thilan Samaraweera has been out of form this season and has garnered mere 86 runs at an average of 21.50, and is likely to be dropped. Skipper Dilshan is out of form as well, and Sri Lanka will need him to fire at the top so that the middle order gets a good platform for a big score on a batting pitch.

Australia would be happy with their performance in the first two Tests. Under new captain and young players, they have been dominant from the first day.

Ricky Ponting has joined the squad after the birth of his second daughter, and captain Michael Clarke made a tough call to drop Usman Khawaja to draft the former skipper in. Pacer Ryan Harris, who suffered a hamstring injury, will be replaced by Peter Siddle.

Vice-captain Shane Watson said there will be a selection drama with the return of Ponting, as his replacement for the second Test at Pallekele, Shaun Marsh, hit a century on debut to make a strong mark.

“Something we haven’t had too much over the last year or so really is pressure for spots even within our team. So that’s a great selection drama to have because it means some guys are performing really well. There’s no doubt Shaun being able to come in and bat No.3 on debut and make the most of his opportunity is very impressive,” Watson said.

“To see the way he batted in his first Test it’s definitely going to make selection very difficult,” he added.

Australia would aim to finish the tour on a high, having won the ODI series 3-2 but losing the Twenty20 series 0-2. They will aim for a 2-0 score line, having won the first Test in Galle by 125 runs, whereas Sri Lanka secured a draw in the second at Pallekele with the help of persistent rains.