The last time these two teams played, in Delhi, fifties to Sachin Tendulkar and Saurabh Tiwary, supported by a cameo from Ambati Rayudu, paved the way for an easy win for MI. 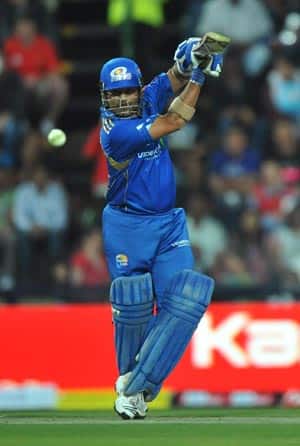 Delhi vs Mumbai is a storied rivalry on the Indian domestic scene, and slowly but surely it has created its own buzz in the IPL. After six matches, the scoreline between the two teams is tied at 3-3. The teams shared the spoils in 2008, with MI winning their first encounter by 29 runs and DD hitting back with a five-wicket win. When they came up against each other in South Africa, DD beat MI by seven wickets, and by four wickets. In 2010, MI won both encounters.

The last time these two teams played, in Delhi, fifties to Sachin Tendulkar and Saurabh Tiwary, supported by a cameo from Ambati Rayudu, paved the way for an easy win for MI. Now, as they open their campaigns with another clash at the Feroz Shah Kotla, the buzz has again gathered steam.

Mumbai, like Chennai, have retained the nucleus of their squad and have an extremely strong line-up. Tendulkar has a new opening partner in South African Davy Jacobs, the second-highest run-getter at the 2010 Champions League, followed by Kieron Pollard, Andrew Symonds and Rohit Sharma. With the ball, Lasith Malinga and Harbhajan Singh are proven match-winners, but it is Zaheer Khan s absence that leaves a sizeable gap. One of Dilhara Fernando, James Franklin and Munaf Patel will have to fill those shoes. Also in the reserves are Dhawal Kulkarni, Pawan Suyal and Abu Nechim. Ali Murtuza, the former ICL player, is a good Twenty20 spinner.

Tiwary and JP Duminy have gone, but last season s crucial duo of Rayudu and Rajagopal Satish can be expected to size up the responsibility in the middle order. T Suman, who enjoyed decent success over three seasons with Deccan Chargers, is another handy player who bowls off-spin.

Delhi s batting has been considerably weakened by the loss of Gautam Gambhir, Tillakaratne Dilshan and AB de Villiers, but their top-order of David Warner, Aaron Finch and Virender Sehwag is arguably the most powerful in the league. Warner and Finch have strong Twenty20 credentials and Sehwag needs no introduction, so getting the most out of this trio is central to Delhi s chances.

Naman Ojha is a specialist opener but will have to bat in the middle order, where domestic giants Sridharan Sriram and Venugopal Rao will jostle for one spot. Delhi have middle-order options in Australians Travis Birt and Matthew Wade and South Africa s Colin Ingram , but the four overseas player quota rule means they may not see much playing time initially.

Delhi have two international all-rounders both Australian in James Hopes and Andrew McDonald but Finch s ability at the top means that in all likelihood only one of the two will play. That leaves the lower order, where Irfan Pathan (who was bought from Kings XI Punjab for a whopping $1.9 million) and Ajit Agarkar slot in as pace-bowling all-rounders. Morne Morkel is the specialist fast-bowling import, leaving Delhi s resources rather thin.

Pathan and Agarkar are both highly prone to spray the ball around, and thus Morkel will have to be on top of his game.

Umesh Yadav has been retained and so Delhi should play him, meaning that Aavishkar Salvi will probably warm the bench. On the spin front, the economical Daniel Vettori’s experience will be hard to replace. Delhi s options are discarded South African spinner Roelof van der Merwe and Rajesh Powar, the former Mumbai spinner, who is a handy Twenty20 player.