Preview: South Africa aim to bounce back in ODI series against Pakistan

Preview: South Africa aim to bounce back in ODI series against Pakistan

Since Gary Kirsten took over as South African coach in June 2011 the country's Test team has raised relentlessly to the top of the International Cricket Council rankings. The performances of the one-day side, though, have been patchy at best. 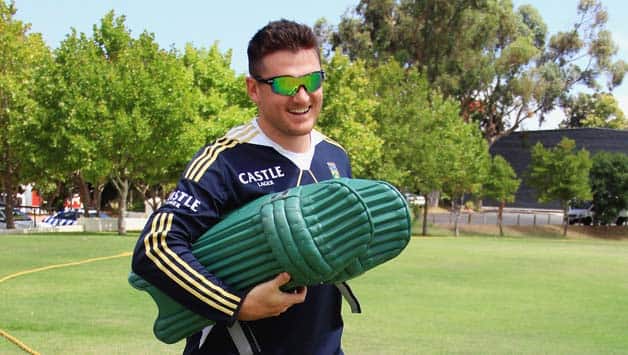 Graeme Smith ahead of the first One-Day International © Getty Images

Since Gary Kirsten took over as South African coach in June 2011 the country’s Test team has raised relentlessly to the top of the International Cricket Council rankings. The performances of the one-day side, though, have been patchy at best.

A five-match series against Pakistan, starting at Chevrolet Park on Sunday, marks a change of focus for the Proteas, who have slipped to fourth place in the rankings for the 50-over format. Pakistan are sixth on a tightly-bunched table.

Kirsten said South Africa could play as many as 20 One-Day Internationals before their next Test series, against Pakistan in the United Arab Emirates in October and November.

“It’s nice to have an extended period of One-Day Internationals,” he said. “This is an important period for the ODI team.”

Of immediate concern for South Africa is the ICC Champions Trophy in England in June, the team’s next major engagement after the Pakistan series.

The country’s consistent failure to win big tournaments is one of the issues that Kirsten has pledged to address.

Although South Africa have a less than stellar one-day record of 10 wins and eight losses under Kirsten, the coach is not over-concerned because the international schedule has dictated an emphasis on five-day cricket.

“We have had a lot of Test cricket,” he said.

Nor was he concerned about a lop-sided 95-run defeat in a Twenty20 international at Centurion last Sunday, which he dismissed as a “one-off” game, irrelevant to the one-day challenge.

South Africa were beaten 2-1 at home by New Zealand in their most recent one-day series after winning both Tests against the Black Caps by an innings.

Pakistan shape up as a bigger threat with players such as Shoaib Malik, Shahid Afridi and the Akmal brothers, Kamran and Umar – all of whom missed their side’s recent 3-0 Test series defeat – adding experience and skill to the squad.

The Pakistanis seem to have most of their bases covered, with a mix of quick-scoring batsmen and a well-balanced bowling attack, while the fielding in the Twenty20 match was of a high standard.

South Africa, though, are likely to be a more organised team than that which lost to New Zealand – and a great deal stronger than the T20 side – with stars such as Hashim Amla, Dale Steyn, Morne Morkel and Test captain Graeme Smith returning to the squad.

Steyn will be rested for the first match, though, and Morkel is doubtful because of a hamstring injury.

Leading all-rounder Jacques Kallis will not be in action as he is being rested as part of a programme to extend the career of the 37-year-old.