South Africa and Sri Lanka are hoping to recover from recent setbacks in one-day cricket when they contest a five-match series starting in Colombo. 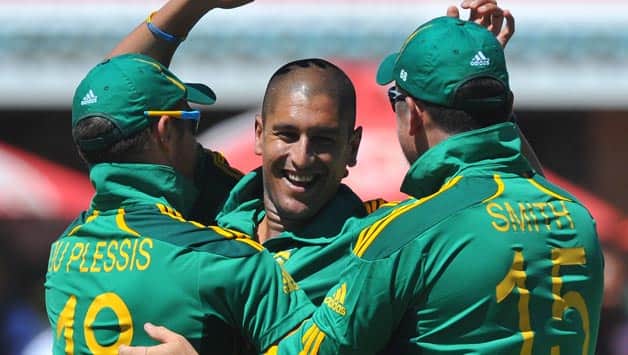 South Africa and Sri Lanka are hoping to recover from recent setbacks in one-day cricket when they contest a five-match series starting in Colombo.

Both teams were knocked out in the semi-finals of the Champions Trophy in the United Kingdom despite being rated as two of the strongest contenders in the eight-nation tournament.

The Proteas lived up to their reputation as cricket’s “chokers”, a tag outgoing coach Gary Kirsten said was fully justified following the semi-final defeat against England at the Oval in London.

Sri Lanka, World Cup runners-up to India in 2011, fell to Mahendra Singh Dhoni’s men twice in two weeks when the Champions Trophy defeat was followed by a loss in the tri-series final in the West Indies.

Dinesh Chandimal, 23, will lead the Islanders in the first two matches against South Africa after regular captain Angelo Mathews was handed a two-match ban for his team’s slow over-rates in the tri-series.

Sri Lanka will miss frontline seamer Nuwan Kulasekara, who sustained a finger injury in the West Indies, for the first two games. Batsman Jehan Mubarak was recalled after four years.

The tourists will be without the injured duo of Dale Steyn and Graeme Smith, while veteran all-rounder Jacques Kallis prolonged a self-imposed break after sitting out the Champions Trophy.

In further trouble for South Africa, fast bowlers Morne Morkel and Lonwabo Tsotsobe were doubtful for Saturday’s match after picking up minor niggles at the start of the tour.

The series, which will be followed by three Twenty20 internationals, is the first assignment for South Africa’s new coach Russell Domingo, who served as Kirsten’s deputy till the Champions Trophy.

“Russell communicates very well and he will make sure everyone understands their role really well,” said South African captain AB de Villiers, who is also the team’s wicket-keeper and star middle-order batsman.

“The important thing is to try and be consistent everytime we take the field. We have to do the basics well. It’s about us finding a rhythm as a team.” Maurice Leyland: The Ashes hero who relished a challenge 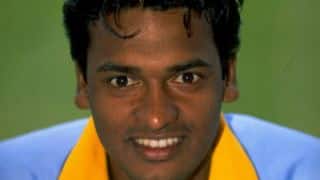