Sunil Gavaskar is impressed with Prithvi Shaw's progress and feels that he might make the cut for the Australia tour later this year.

Sunil Gavaskar is impressed with Prithvi Shaw‘s progress and feels that he might make the cut for the Australia tour later this year.

18-year-old Mumbai batsman Shaw has been consistently putting up impressive performances and recently scored a brilliant hundred for India A against South Africa A in Bengaluru while opening the innings in an unofficial Test last week.

Earlier this year, Shaw was the captain when India won their fourth U-19 World Cup title in New Zealand beating Australia in the final. He has been touted as the next big thing in Indian cricket.

During India A’s England tour in July this year, he was leading top scorer from his side with 250 runs (188 vs West Indies A and 62 vs England A) in two unoffocial Tests

Shaw has centuries on Ranji and Duleep Trophy debut and has a stellar record that have earned him comparisons with Sachin Tendulkar. “He has certainly done very well. I think he should be on the selection committee s radar. He could be on the flight to Australia,” Gavaskar told Mumbai Mirror in an interview.

Gavaskar was critical of Indian team’s decision of dropping Shikhar Dhawan from the ongoing second Test at Lord’s against England after failing in the first Test at Edgbaston.

“My point about Dhawan is that he is always dropped after one Test. Others get another opportunity. He should have also got a second chance. If you look at the scores, in the first Test, he scored more runs than Murali Vijay and KL Rahul. So, what is the criteria? In addition to that, he is a left-hander. If he was a right-hander, I can understand that you want to go with the younger option of Rahul. He should have been retained and the team should have strengthened the batting. In Australia, South Africa and England, you need to go with six batsmen in the first Test,” he said. 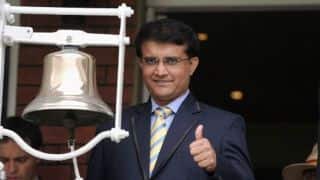 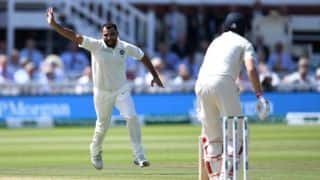