Teenage batting sensation Prithvi Shaw, who was sidelined for over two months with an ankle injury ahead of India s tour of Australia, is likely to return to competitive cricket for Mumbai in the Syed Mushtaq Ali T20 tournament, starting February 21. (ALSO READ: Prithvi Shaw hopes to be fit before IPL 2019)

According to a report in The Mid-Day, the Ajit Agarkar-led selection committee of Mumbai Cricket Association is expected to pick the squad in the next couple of days and the 19-year-old is most likely to be picked.

The batsman twisted his ankle while fielding in the deep during India s practice match ahead of the first Test against Australia in Adelaide last year.

Having stayed on with the team hoping to be fit for the second Test in Perth, Shaw was eventually ruled out of the remainder of the series and sent back home for an extensive rehabilitation programme.

Recalling the injury, he said, We were playing the practice match in Sydney ahead of the first Test. I was standing at deep mid-wicket and Ash bhai (R Ashwin) was bowling and a catch came towards me. I caught the ball while jumping backwards in the air and my body weight fell on my left foot when I landed.

It was a bit uneven there and my ankle got twisted 90 degrees and the entire body-weight fell on that. That s how it happened.

Shaw himself had earlier stated that he aimed to regain full fitness before IPL 2019. I will be fit before the Indian Premier League and I am trying hard to reach full fitness. I am working on my ankle as well as on my upper body, Shaw had told India TV last month. 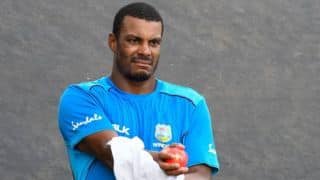 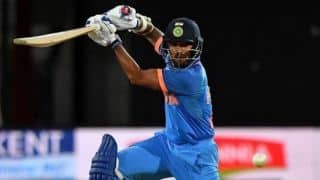