BCCI announced the India A squad which would tour England for two 4-day Test and 50-over series.

BCCI announced the India A squad which will tour England for 4-day Tests and a series of 50-over matches. Prithvi Shaw has been selected in both squads, while his Under-19 teammate Shubman Gill will feature only in the limited-over leg. Shaw and Gill had both performed very well in the ICC U-19 World Cup, guiding India to the title. Shreyas Iyer will lead the team in the limited over format while Karun Nair will lead the three four day games two against West Indies A and one against England Lions.

Along with Shaw, Mayank Agarwal and Vijay Shankar will be a part of both squads. Ankit Bawne, Shahbaz Nadeem and Jayant Yadav, men who have featured regularly for India A, have all been picked for the longer format. Ranji Trophy stars Rajneesh Gurbani and Navdeep Saini have also been given a chance.

Shaw had already made news when he was compared to Sachin Tendulkar after his domestic success. He is currently doing an amazing job in IPL for Delhi Daredevils, whom Shaw thanked for their support: “Thanks to all the seniors out there who have supported me quite a lot giving me those positive things what you need in IPL. There are lots of experienced players in the team like captain Shreyas, Gauti-bhai [Gautam Gambhir] and all the seniors.”

Deepak Hooda, Hanuma Vihari, K Gowtham, Prasidh Krishna, Deepak Chahar and Khaleel Ahmed make their way in the limited overs side because of good performances in the domestic season. Axar Patel, Rishabh Pant and Vijay Shankar have also been selected for the tri-series. 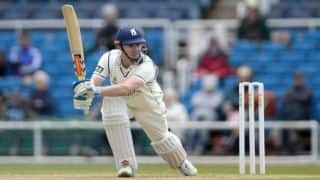 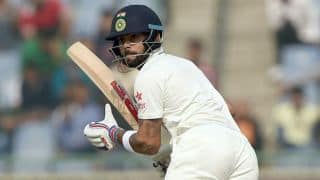