Over 40 CRPF jawans were killed in the terror attack on February 14 in Jammu and Kashmir.

The Board of Control for Cricket in India (BCCI) acting president CK Khanna on Friday lauded Committee of Administrators’ (CoA) decision to do away with the opening ceremony of the Indian Premier League (IPL) 2019 and handing over the allocated money to the Pulwama martyrs’ families.

“We will not have any inaugural function for the IPL and the money budgeted for that goes to the martyrs’ families,” said the CoA chairman Vinod Rai. (ALSO READ: Concerned over World Cup safety, BCCI asks ICC and ECB for ‘robust’ security)

Khanna lauded the CoA’s decision and said that although the board can’t end their pain, he is proud that the Indian cricket board is contributing.  (ALSO READ: Will show BCCI security plans for World Cup 2019: ICC Chairman Shashank Manohar)

“I welcome the decision taken by the COA that the IPL opening ceremony has been cancelled and all the allotted money will be given to the families of the martyrs,” Khanna told ANI. (READ: BCCI defers Pakistan World Cup boycott to central government)

“We cannot end their pain but I am proud that BCCI is contributing. We are with the country, its soldiers and people,” he added. (ALSO READ: Make it a cricket apartheid for Pakistan: Vinod Rai)

While the CoA took no decision regarding the boycotting the India versus Pakistan game in the 2019 ICC Cricket World Cup, it urged ICC to “sever ties with countries from which terrorism emanates”. (ALSO READ: Virat Kohli on Indo-Pak World Cup game: We stick by what the nation wants to do)

Over 40 CRPF jawans were killed in the Pulwama attack on February 14 in Jammu and Kashmir. 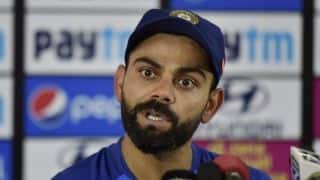 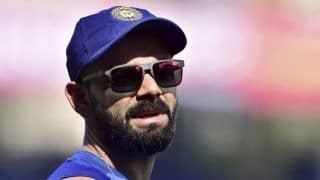