PSL 2018, Islamabad United vs Lahore Qalandars, Match 18, Live Streaming, Live Coverage on TV: When and Where to Watch

In Match 18 of Pakistan Super League (PSL) 2018, Islamabad United will take on Lahore Qalandars at Dubai International Cricket Stadium in Dubai. Islamabad United are in desperate hunt of a victory, who are languishing at second last position in the points table. Meanwhile, the condition is worse for Lahore Qalandars who are still hunt of their maiden win after 5 games. The last time these sides met, the game went on to a Super Over. Islamabad are entering the contest after winning the game against Karachi Kings previously.

The live coverage of the match will be shown on Discovery s sports channel, DSport in India. One can catch live streaming of the tournament on cricketgateway.com, account needed. The matches are also shown live on cricketgateway s Facebook page (with delay). 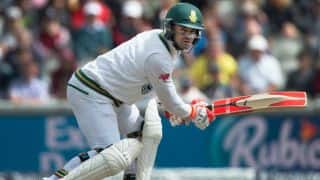 Heino Kuhn signs up for Kent as Kolpak player