PCB chairman Najam Sethi has said the board is looking to get the Karachi's National Stadium ready in time for PSL 2018.

Karachi: Pakistan Cricket Board (PCB) chairman Najam Sethi has said the board is looking to get the Karachi’s National Stadium ready in time for the upcoming third edition of the Pakistan Super League (PSL), which is slated to begin on February 9, 2018. Sethi, who replaced Shahryar Khan earlier in August 2017, said the board would try to hold PSL matches in Karachi while three will be hosted in Lahore. “The best-case scenario is that four PSL matches will be held in Karachi and three will be held in Lahore. However, the worst-case scenario is that one match will be held in Karachi. It depends on the security situation,” the Dawn quoted Sethi as saying. PSL 2018: Shoaib Akhtar to mentor Lahore Qalandars

“The stadium will be renovated in two phases. We are looking to complete the first phase in the next four months, in time for PSL 3. The long-term plan, which will take a-year-and-a-half and will cost around Rs. 1.5 billion,” Sethi said. “Our bigger concern at this moment is to make sure the stadium is ready in time for PSL3. That needs to happen so that we can start convincing players to come to Karachi for a few matches,” he continued. Sethi further revealed that he had spoken to Sindh Chief Minister Murad Ali Shah regarding the security situation of Karachi. Waqar Younis to coach Islamabad United in PSL 3

“I have met Sindh Chief Minister Murad Ali Shah and discussed Karachi’s security situation with him. We are working on a plan,” Sethi said. “Work has been completed on Karachi’s Centre for Excellence [of Cricket] and it will be made functional as soon as possible. Mudassir Nazar and I interviewed three candidates to head the centre and a decision will be made soon,” he added. The players’ draft for the PSL 3 is slated to be held from November 10 in Lahore. 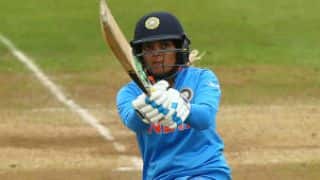 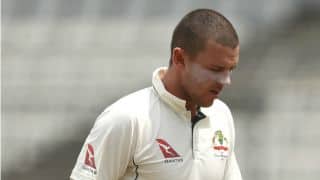