Afghanistan had a flying start to their innings after electing to bat first against Zimbabwe in the first ODI at Sharjah.

Afghanistan had a flying start to their innings after electing to bat first against Zimbabwe in the first ODI at Sharjah. Mohammad Shahzad and Ihsanullah Janat added 90 runs to the first-wicket partnership. Afghanistan were 54 after the first powerplay. Ihsanullah also registered his maiden half-century in his fourth ODI.

It was the captain Graeme Cremer for Zimbabwe who got the breakthrough. Cremer finished with figures of 47 for 3 in his 10 overs. He could not keep a lid on the runs as Afghanistan ended 334 in 50 overs, their second-highest total in ODIs.

Rahmat Shah started his innings slow, scoring 3 off 19 went. However, as he got his eye, he went all guns blazing and scored his second ODI century. He also stitched a 66-run crucial partnership for the fifth wicket with Nasir Jamal and recorded a 158-run partnership with Najibullah Zadran. Rahmat hit 114 runs off 110 with 8 fours and 4 sixes, helping Afghanistan to reach a massive total.

Mohammad Shahzad has a reputation for being an aggressive batsman, but it was Ihsanullah who did the major hitting today. 36 off his 54 runs came through boundaries. He hit glorious drives and timed the ball immaculately.

It was Zabjinullah in the end who scored a quickfire 81 runs off 51. He came to bat when the score was 175 for 4. He used the platform to good use and played a fearless innings, which included 5 fours and as many sixes.

Both openers looked very comfortable against pace, and Sikandar Raza’s spin also didn’t seem to trouble them much. Cremer created a chance early on when Shahzad was dropped on 23 by Malcolm Waller. It was soon after Ihsanullah’s 50 that Cremer got rid of him and followed it with Shahzad’s wicket in the same over.

Six overs later, he dismissed the Afghan captain Asghar Stanikzai cheaply for 3. Afghanistan were soon reduced to 109 for 3.

The last 10 overs were costly for Zimbabwe as they leaked 127 runs. The 47th over by Tendai Chatara was the most expensive, leaking 30 runs. This is Afghanistan’s highest ODI total at Sharjah Cricket Association Stadium. 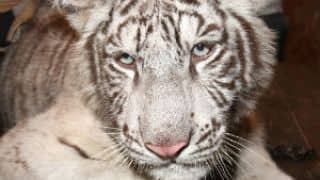 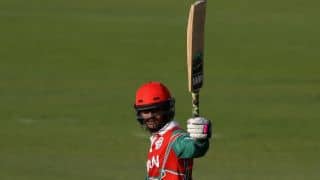