Officials are seeking out placement agencies and other firms to help in training young cricketers and offering them alternate career options.

Former India captain Rahul Dravid, who has been the coach of the India A and U-19 for over three years, emphasised on the need of alternative career options for young cricketers, with drop-out rates continuing to soar. (ALSO READ: Overton, Duckett lead England Lions to thrilling one-wicket win over India A)

According to a report in the Times of India, Dravid feels young cricketers should be imparted with life skills when he met with BCCI officials recently. The idea was mooted at the meeting and officials at the National Cricket Academy (NCA) in Bengaluru are working towards formulating a structure to give Dravid s idea a shape.

It is learnt that the officials are seeking out placement agencies and other firms to help in training young cricketers and offering them alternate career options should they struggle to continue with the game. (ALSO READ: Rahul Dravid chalks the way forward for Indian cricket)

Dravid and the other coaches here had pointed out the need to start such a process. We are working towards formulating a structure before it is sent to the higher authorities in BCCI to get things going, NCA COO Tufan Ghosh was quoted as saying according to a report in the Times of India on Thursday.

Right now, we can t be teaching them like what happens in NIS, but Dravid has emphasized on life education, said Ghosh.

To get the plan underway, the Board will be targeting players between the age of 17 and 21 for vocational training. 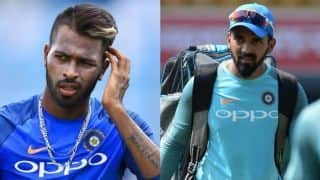