Tripathi led from the front, scoring 70 off 49 balls, to seal Maharashtra's win in Palam.

Needing 164 runs to win, Maharashtra chased down the target with seven wickets in hand and four balls to spare to win the Round 6 Group E clash against the Kedar Devdhar-led side. Tripathi scored 70 off 49 balls and his opening partner Ruturaj Gaikwad scored 48 off 37 balls as the duo put in a 98-run partnership for the first wicket. (ALSO READ: Jammu and Kashmir end campaign on a winning note)

While the two fell with Lukman Meriwala removing Gaikwad and Tripathi getting out run-out before Maharashtra crossed the finish line, Naushad Shaikh scored a quickfire unbeaten 21 off 11 balls to seal Maharashtra s win in the 20th over.

Maharashtra s next game will be against Tripura while Baroda will take on Uttar Pradesh. Both these games will be played on March 2 at the Airforce Complex Ground in Palam. 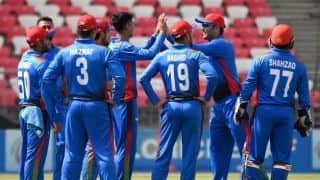 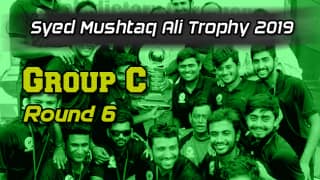