Rajneesh Gurbani has made a stake for a place in the Indian set up. His semi-final performance was just a trailer before he lit up the final of Ranji Trophy 2017-18 with a spectacular hat-trick for Vidarbha against Delhi. After scalping 6 for 59, praise has come in from all quarters, Narendra Hirani, Atul Wasan and Chetan Sharma all feel Gurbani deserves a India call-up. According to The Times of India, Hirwani said: He will play for India, 110%. He is in the Bhuvneshwar Kumar mould. Gurbani’s main weapon is swing. He needs to keep the same hunger, consistency, bowl with same attitude, remain fit and keep bowling like this to be picked to play for the country.

Sharma, India s first ODI hat-trick taker, lauded Gurbani as well: “Gurbani is consistently doing well in every match. Knockouts rounds are pressure matches. He needs to keep himself away from injuries, he definitely has a bright future. In the last few years, the selectors have rewarded those who have done well at the domestic level.

Former India bowler Wasan believed that Gurbani s strength was his swing and a platform like IPL will go a long-way in making him a complete bowler: “Gurbani doesn’t have express pace but can move the ball both ways. Besides, he has got good control, especially with his incoming deliveries and leg-cutters, which are needed at the highest level. If he gets selected by an IPL team and gets to bowl, we will see more of him in future. 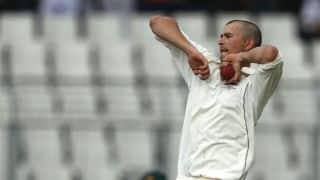