Raja had expressed his displeasure after Akmal was found guilty, saying it was such a waste of talent.

Former Pakistan captain Ramiz Raja didn’t mince words as he demanded a stricter punishment for the players who are involved in corrupt or unlawful activities like match-fixing, spot-fixing or any other. Raja feels criminalising match-fixing could be ‘a useful deterrent’ to eradicate the menace from the system. He also compared the fight against match-fixing to that against Coronavirus pandemic, insisting that it needs a concerted effort to tackle it.

Pakistan batsman Umar Akmal was handed a three-year ban by the Pakistan Cricket Board (PCB) on Monday after he failed to report corrupt approaches, prompting several reactions on Twitter. However, the interaction between Raja and Zimbabwean cricketer-turned-commentator Mpumelelo Mbangwa caught the eye on social media as Raja made some strong comments on the issue.

The 57-year-old slammed Akmal for wasting his talent and demanded a ‘jail term’ for cricketers who involve in match-fixing and other activities. He called for them to be put ‘behind bars’.

“So Umar Akmal officially makes it to the list of idiots! Banned for 3 years. What a waste of talent! It’s high time that Pakistan moved towards passing a legislative law against match-fixing,” Raja tweeted on Monday.

“Behind bars is where such jack asses belong! Otherwise brave for more,” tweeted the former Pakistan batsman.”

PCB banned Akmal after he failed to report corrupt approaches, prompting Raja and Zimbabwean cricketer-turned-commentator Mpumelelo Mbangwa to have a discussion on match-fixing on social media.

“This war seems to be being won by the bad guys, Rambo? He’s (Akmal) quite high profile, isn’t he? Do you think jail time would win the war?” Mbangwa tweeted.

In reply, Raja said all stakeholders of the game must come together to eradicate match-fixing.

“Jail time could be a useful deterrent Pommie, possibly the last resort!! It’s like fighting COVID-19, all will have to pitch in to save the cricket world: Fans, Boards, stakeholders,law enforcement agencies, You & I,” Raja tweeted. 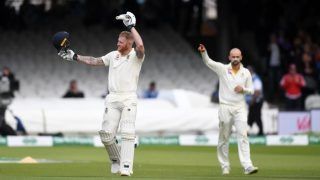