Pakistan's Rana Naved was the pick of MCC's attack but Lancashire still fought back as 16 wickets fell on an incident packed second day of the Champion County match in Abu Dhabi. 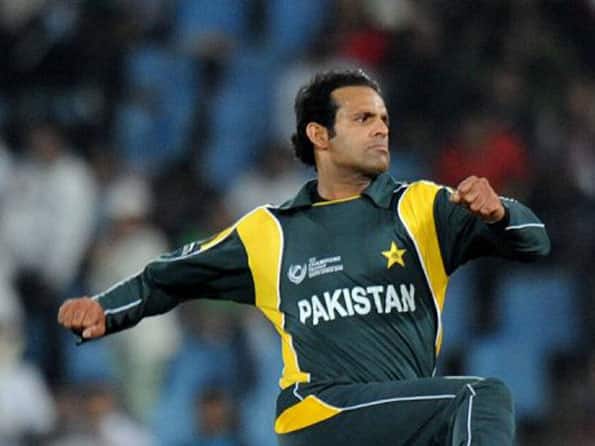 Pakistan’s Rana Naved was the pick of MCC’s attack but Lancashire still fought back as 16 wickets fell on an incident packed second day of the Champion County match in Abu Dhabi.

County champions Lancashire were dismissed for 199 in reply to MCC’s first innings 265 on Wednesday’s second day of this four-day fixture, the traditional curtain-raiser to the English season.

However, by stumps, MCC had collapsed to 81 for eight in their second innings — a lead of 148 with two wickets and two days remaining — as Lancashire left-arm spinner Simon Kerrigan backed up his first innings four for 65 with three for 28.

Only New Zealand’s Hamish Marshall (31) and opener Stephen Peters (28) had so far made it into double figures in MCC’s second innings in a match being played in 42 degree heat.

Earlier, Kerrigan was bowled by Naved, the 34-year-old paceman, who has played nine Tests, finishing with three for 31.

Experienced MCC and former England all-rounder Ian Blackwell, who made an unbeaten century in the first innings, was then given a fresh reminder of how cricket can change from one day to the next when he was dismissed for a duck second time around by seamer Tom Smith.

MCC captain Mark Ramprakash, the ex-England batsman who has been in prolific county form for Surrey in recent seasons, managed just 13 runs in the match after he was caught for six by Lancashire skipper Glen Chapple off fast bowler Sajid Mahmood.

Chapple’s unbeaten 42 had previously rescued Lancashire from the depths of 106 for seven.

Teenage Somerset seamer Lewis Gregory, unbeaten at the close alongside Naved, reckoned MCC’s bowlers would not need that many more runs to play with on a tricky pitch.

“While we’ve probably not got as many runs as we’d have liked, it’s not an easy wicket to bat on and we’re still in a decent position despite the late wickets,” he said.

“If we can dig in to get to a lead of 200 tomorrow (Thursday) then we should back ourselves to defend that lead.” (AFP)

Stuart Broad ruled out of second Test against Sri Lanka