Rohan Prem will resume Day Two on 120, while Bhavin Thakkar was dismissed for 117.

Centuries from Rohan Prem and Bhavin Thakkar propelled Kerala to 290 for 2 at stumps against Goa on Day One of the Ranji Trophy 2016-17 Round 6 at Brabourne Stadium, Mumbai. Kerala did not get off to the best of starts as they lost their opener Vishnu Vinod early for just five. Thakkar then got together with skipper Prem and the duo stitched a 234-run stand for the second wicket to put Kerala in a commanding position. Thakkar was finally bowled for 117 by Shadab Jakati. However, Prem carried on his good form and remained unbeaten on 120. Sanju Samson is the other unbeaten batsman on 28. FULL CRICKET SCORES AND UPDATES: Ranji Trophy 2016-17, Day 1, Round 6

As far as the Goa bowlers are concerned, Rituraj Singh and Jakati are the only two wicket-takers for them. Kerala are in a commanding position, going into Day Two and will be looking to get a huge score on the board. Goa on the other hand, need the wicket of Prem early on, but will know that it will be difficult to bundle Kerala quickly, considering the deep batting line-up they have. Kerala still have the likes of Sachin Baby and Iqbal Abdulla to follow and they too are in excellent for this season. 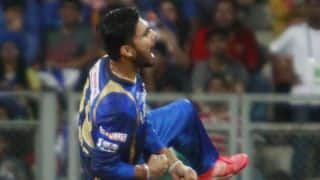 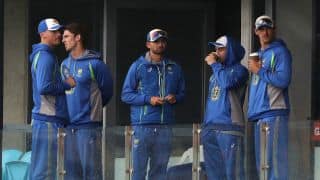